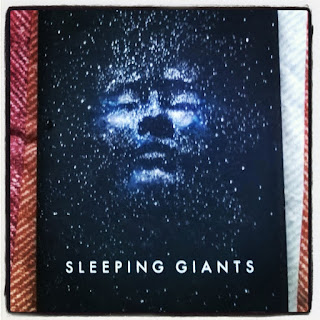 When Rose Franklin was eleven years old, she fell through the earth and was found lying in the palm of an enormous metallic hand, surrounded by indecipherable glowing symbols carved into the walls of the underground chamber that opened up beneath her. This strange discovery shaped the course of this girl's life, and as an adult, she heads up a team of scientists investigating this impossible artifact. The hand lay dormant beneath the ground for millennia, but was composed of materials that just could not have come from Earth. Where did it come from? Why was it buried, and how was it that Rose should happen to stumble upon it? These are just some of the questions that Doctor Franklin wants answers to. Then other parts from the same gigantic figure start showing up, and it is no longer simply the business of scientists, but all of humanity.

The narrative of Sleeping Giants is written entirely in the form of interviews and journal entries, focusing on a few main characters connected to the discovery. Doctor Rose Franklin, of course, is one, and the "obdurate, volatile and irascible" army helicopter pilot Kara Resnik (who I am sure must have her origins in Battlestar Galactica's Kara "Starbuck" Thrace.) Then there are Kara's co-pilot Ryan Mitchell and linguist Vincent Couture, whose job is to find meaning in the glowing symbols, and the dangerously ambitious geneticist Alyssa Papantoniou. But the most interesting character of all was the unnamed interviewer. We do not know who he is - if they really are a he, that is, I can't remember if that's confirmed or assumed - what his role is, or his motivations; he clearly holds some position of power, because he knows too much about everything and is not afraid to coerce, blackmail manipulate people into doing things that go against everything they believe in. There is something off about his polite, stilted way of speaking, and I wondered whether he was connected to whichever alien race buried the pieces of the giant figure long ago. I pictured him much like the Observers in Fringe, softly-spoken, an "uncanny valley" version of human that is not quite convincing, the puppet-master behind the scenes of everything.

Sleeping Giants is a relatively short book, but epic in scope and awe. It examines the wonders of scientific discovery - but also the inevitability of its noble purposes quickly becoming corrupted and used for political and financial gain, and bigger and more devastating means of warfare. It gives a frightening picture of a human race bent on destroying itself before backing down. And yet there is a glimmer of hope there, too. It is the first part of a series, possibly a trilogy, yet it is complete in itself - though its epilogue leaves you hanging with a beast of a sequel-hook. I turned the final page and shouted "WHAT?!!"  Sleeping Giants is a compulsively readable, well-crafted masterpiece, and I await the sequel eagerly. 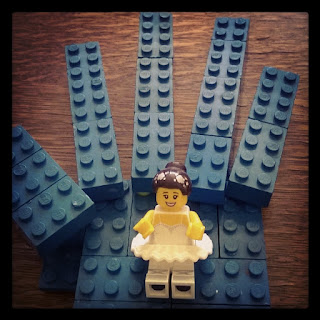