TV: Doctor Who, Season Ten and Beyond.

I've been reluctant to admit it, but the last few years my interest in Doctor Who has started to wane. I can trace the decline in fanaticism to the first mid-season break in season six. The series had its most ambitious, complex narrative arc to date, but splitting the season in half stalled the momentum, and giving us just a few episodes at a time for two or three years did not give me the chance to really become invested. There came a change in companion, then in Doctor. I did not warm to Clara at all; she was primarily a mystery to be solved, and her characterisation followed the narrative's requirements instead of shaping the plot.

I've rewatched the first five and a half seasons enough times that it probably wouldn't be too hard to give you a rundown of the episodes, but after that first mid-season cliffhanger, everything starts to blur together in my memory, and only the odd episodes, characters and ideas stand out: the War Doctor, Missy, the immortal girl-woman Ashildir, and the chilling puzzle-box episode "Heaven-Sent." There was still some great material, but it just did not come together as it might. 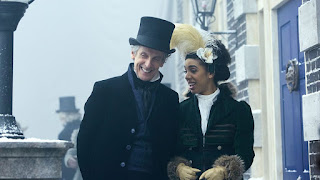 Season ten is a return to form. With a new companion comes a fresh start, and Bill's first episode was the closest thing to an introduction to the series since Matt Smith's first episode. The danger with telling the story of a man who goes here and there throughout all of space and time is that the narrative risks being untethered. This year, the writers introduced a simple yet radical new element into the mix: stability. The Doctor has a profession, a purpose, for the first time since his brief stint living as John Smith. Ostensibly, he works as a university professor, and this shapes his relationship with his newest companion into that of teacher and student. Bill Potts is a breath of fresh air into the series: being the first openly gay companion (although there has been some bisexual representation in Jack Harkness, River Song, and probably Clara Oswald) means that there are none of the messy romantic feelings that have crept across the edges of Doctor-companion relations since the 1995 film. Bill catches the Doctor's eye because of her curiosity. "Most people, when they don't understand something, they frown," he tells her. "You smile." That line gives us a better understanding of Bill than the show gave us of Clara in three years. I loved Bill instantly; she is bright, curious, good-humoured and big-hearted - and a big old nerd. She brings her savviness of science fiction into the very science-fictional world she inhabits, and she wants to know everything. Who better to learn from than a tutor whose expertise spans all of time and space?

But The Doctor's real reason for the change in lifestyle, the real reason he has settled down to academic domesticity, is what's at the heart of this series, for he has sworn an oath to guard a locked vault for a thousand years. The Doctor goes on his adventures, as ever, but always he comes back to guard the vault, assisted by his assistant Nardole. A lesser series would have dragged out the mystery of what, or who, is in the vault until the finale. The story would stand or fall by the surprise factor - and if Doctor Who had done that this year, it would have fallen, as the mystery was easily deduced by the knowledge of which guest stars were returning. Instead, it was a story all about the characters. I don't think it's a great strength to say that it was a love story of sorts, a story of hope, loyalty, and redemption.

It's a shame that Doctor Who only returned to its former glories in Peter Capaldi's - and head writer Stephen Moffat's - final year with the series, but it's best to end the era on a high. The reason Doctor Who has kept going all this time is because it is not afraid of change; there is no more sure way of killing a TV show than to keep trying to satisfy the audience's desire for more of the same. Capaldi has one more episode, the Christmas special, and next year we can expect another fresh start with Chris Chibnall in charge of the writing and Jodie Whittaker playing the Doctor. I don't know much about either of these names, but they have worked together on Broadchurch, whose first and third series seem to have done very well, and I'm excited to see what they can do given the keys to the Tardis. There are limitless possibilities; my wish is for the Thirteenth Doctor to travel with more than one companion, in a practical outfit, with pockets aplenty! 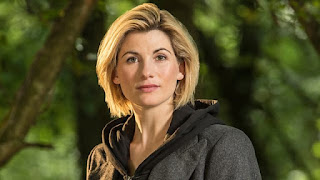