I deliberately waited a month after this film came out before going to see it, and even after the month passed I wasn't sure I could face it. However, being someone who doesn't like to start something and leave it unfinished, I decided to go through with it. And it was a quiet screening, with only a few couples and groups, and thankfully no screaming teenagers.

Twilight is billed as being this great, timeless, boundless romance, but that does not ring true to me. I did not sense the chemistry of "true love" between Edward and Bella, rather the rather nauseating romance of a pair of teenagers in their first romance. And for that, it is very believable. On Bella's side, it is her first love, she is head-over-heels, and she is a teenager. Edward has less of an excuse - he's about a hundred years old. Still, it is his first love too. 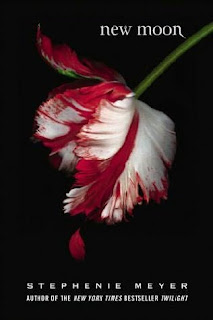 Early on in the film are references to Romeo and Juliet, which is what their high school literature class are studying. And certainly within this story there are parallels with that Great Romance. (Notably, that when Edward thinks Bella is dead, he attempts suicide. The difference being that Bella, unlike Juliet, gets there in time to save him. Unfortunately, the crueler critics may say.) However, call me cynical, but I see Romeo and Juliet as unconvincing a love story as I see the Twilight saga, between two naive, soppy fools.

The one act of truly sacrificial love that I see between Edward and Bella, is in Edward's decision to leave Bella, for her own protection. At that point in the film, I felt both of their pain - because I had read the books, I knew Edward meant what he said, that he wanted her to be safe. That was the only part of their relationship that stirred any emotions in me. And of course I relived the pain of having been dumped by my own vampire, almost a year ago. The scenes showing her staring out of the window as the months passed by, I confess, moved me almost to tears, even though there was a cheesy voiceover of her dictating an email to Alice exploring her feelings. (N.B. That happens a lot in that film. Show, not tell, people!) The equivelent pages in the book, with just a blank page with the month printed in the middle, moved me only to scorn. Pur-lease! And those blank pages were a very useful guide to how not to behave when you get dumped. Perhaps because of my own experiences, I felt a little more sympathy this time around - though I still found her a bit of a mopey drip. But hey, perhaps I was a mopey drip while I was getting over my ex-vampire (please don't comment.)

The central part of the film was quite watchable. Coincidentally (?) that was the part when Edward Cullen, who shall henceforth be known by the name by which my sister christened him, Mr Sparkle, was not on the screen, save as a memory. This part showed Bella discovering life again, building a close friendship, and the tentative possibility of something more, with Jacob Black. It is awkward, and uncomfortable, but it shows the natural development of someone moving on. Firstly she starts inviting danger, to maintain her link with Edward's memory (because whenever she does anything reckless, she imagines him there telling her not to, and generally coming across as an overprotective and possessive creep. But she doesn't mind, because at least, for the moment, it's like he's there.) So it starts off with Bella spending time with Jacob so that he can fix up a motorbike for her, so she can continue to chase the elusive wraith of Mr Sparkle. But she likes his company, and he really likes hers. 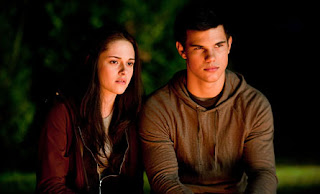 And then, and this is the part that I found the most painful (in an emotive way rather than the usual "this is really bad" way) Jacob starts acting strange. First he won't come out or answer the telephone, supposedly because he's too ill. But when she goes to see him, he seems fine, fit and healthy, and running around in the rain in just his shorts. But he tells her they can't be friends any more. That he's not safe to be around. She's heard that one before! But he can't keep it up, and comes back to see her, dropping hints about what he can't say out loud - that he's a werewolf. So Bella gets drawn into this new world, and though she's still sad about Edward, she seems to be living again. She's getting there. And how I wished that she'd get together with Jacob.

But then, Mr Sparkle's sister, who I will have to call Miss Sparkle, comes to call (after a run-in with some evil vampires who want to kill Bella) and whisks her off to Rome because, as I mentioned before, Mr Sparkle thinks Bella's dead and doesn't want to live any more and they have to save her!) Here, we meet real vampires who seem a lot more like the sort of vampires we know and love (ie, whose identifying feature is that they drink human blood, rather than having applied too much body glitter.) They wear fancy, old-fashioned outfits, have long hair and you think you might be in Anne Rice territory. They might sparkle in the sun, but they don't go on about it. Anyway, Mr Sparkle decides to get them to rip his head off by exposing his sparkliness to the humans, the vampires' one no-no. Bella gets there in time - although not in time to prevent him from taking his shirt off, which is not a pretty sight. 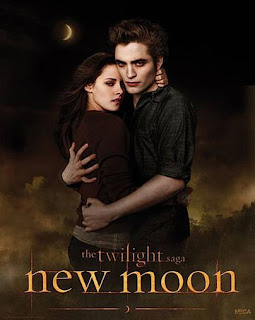 And boom! All the good work done by Jacob and the werewolves and time is undone, just like that. He declares his undying (or is that undead) love for her, she announces her wish to have undead love for him, and to be a vampire so they can live together for ever and ever and ever! Mr Sparkle, thinking that vampires have no souls, is unwilling to take her soul by making her a vampire. By the way, I do not count Bella wishing to sacrifice her soul and her humanity as a selfless sacrifice. It's not, "I'll become a vampire so that you'll never have to be without me and never have to worry about me." It's, "Pfftt... who needs a soul? I wanna be a vampire like you so I don't grow old and you don't fall out of love with me when I look like my granny and hey, it's not so bad. What do you know? You've only been a vampire ninety years. I say it'll be a doddle." She reminds me of the interviewer in Interview with the Vampire, who listens to Louis's story and dismisses it because he thinks he knows better than the person who's actually lived the life. Except, he's supposed to be an idiot. Bella's meant to be romantic.


For the review of the first two books, please click here:
http://katiesbookblog.blogspot.com/2008/11/twilight-and-new-moon-stephenie-meyer.html
Posted by Katie Edwards at 21:08 4 comments: