This update is rather belated as I spent a week somewhat appropriately struck down with the flu. I never get flu - I think this is the second time in thirty years, and so the timing of this was rather hilarious.* In the second half of Book 2 of The Stand, all our good guys have come together and settled down in Boulder, Colorado, and are working together to form a new society, known as The Free Zone. Meanwhile, in Las Vegas, the evil Randall Flagg has got his own community.

Spoilers aplenty! Read on at your own risk! 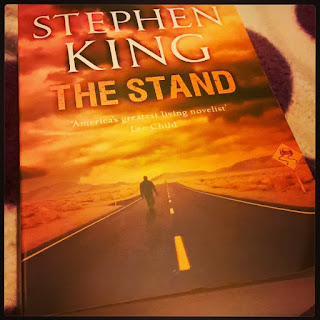 Life in the Free Zone