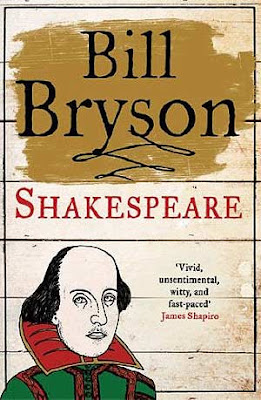 Bryson concludes that "it is possible, with a kind of selective squinting, to endow the alternative claimants with the necessary time, talent and motive for anonymity to write the plays of William Shakespeare. But what no one has ever produced is the tiniest particle of evidence to suggest that they actually did so."
Posted by Katie Edwards at 21:34