Mini Reviews: Terra, The Miniaturist, That's Not A Feeling 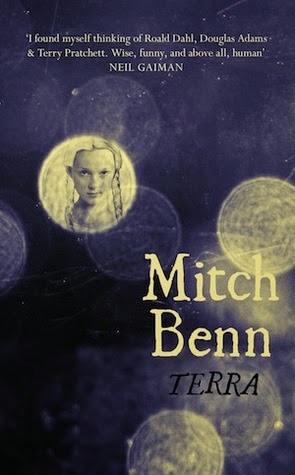 
On a routine expedition to Rrth, Llbp discovers what seems to be an abandoned, unloved child, so he does what any decent being would do: takes her home to his own planet and raises her as his own daughter. Terra grows up knowing that she is an alien, but is accepted by her peers. But when she starts school, she has to confront the differences between herself and the people of Fnrr, as well as their similarities.


I found Terra to be a really lovely science fiction novel, easy to read (once you get used to all the names that look like keysmashes) and refreshingly optimistic for the genre. If the story's conflicts were a little too easily resolved, that is a small criticism. The world of Fnrr is a society evolved quite apart from ours, even perhaps a utopia, but one which reflects so much that is to be celebrated about people (whether human or not.) I came away from Terra smiling.

Shelve next to: The Hitchhiker's Guide to the Galaxy by Douglas Adams

"There's no point knowing something if you don't know WHY you know it." 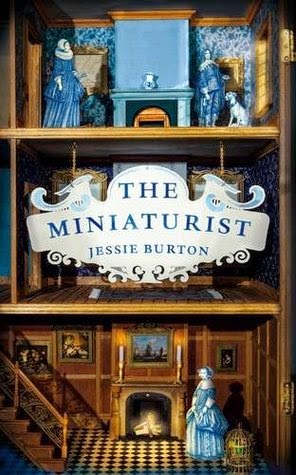 Amsterdam, 1686. Nella Oortman arrives at her new husband's house to find a frosty welcome. Her sister-in-law and servants seem to have made up their mind to dislike her, while her husband Johannes wants nothing to do with her. On one of his rare attentive occasions, Johannes buys Nella a lavish wedding gift of a doll's house cabinet, and when Nella decides to furnish it, the miniaturist sends unsolicited and disturbing additions: items and characters which show too much knowledge of Nella's family, home - and future.

The Miniaturist explores the role of a woman in the seventeenth century, the expectations of a merchant's wife, and Nella's quest to make a place for herself in this unfamiliar new world. Set against the backdrop of the sugar trade, The Miniaturist takes the part of those who do not conform to the expectations of an oppressive society, that even the privileged classes find their own prisons. The cabinet plot is eerie and full of foreboding; there is a sense of a fate neither escapable nor quite understandable until it is too late. I grew emotionally invested in the family and ached for a happy ending, but tragedy is a foregone conclusion from the very first chapter. An extraordinary debut (and a beautiful cover.)

Shelve next to: The Little Stranger by Sarah Waters

"Growing older, Nella realises, does not seem to make you more certain. It simply presents you with more reasons for doubt."

"Everything about this cabinet was indeed distracting. So much happened while I was looking the other way. I was sure I'd been standing still, yet look how far I've come."

That's Not A Feeling: Dan Josefson 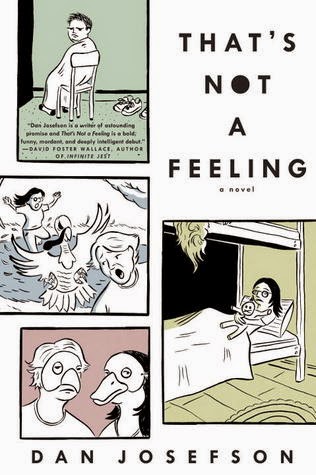 That's Not A Feeling shows a year in the life of Roaring Orchards School for Troubled Teens, seen through the eyes of newcomer Benjamin, who was abandoned there by his parents after attempting suicide. The novel has an air of surreality from the start, which could perhaps be attributable to Benjamin's fragile mental state. I have read other books that gave me the same distorted view of the world, but at no point could I actually believe in Roaring Orchards. The creation of a man with unique ideas about the treatment of "troubled" children, there was a troubling lack of distinction about whether it should be viewed as a psychiatric institution or a reform school. There was a regular administering of medication, but no medical staff unless you count the school nurse and counsellor, mentioned only in passing. The school's regime is full of ridiculous jargon, useless and sometimes abusive therapies, staff with no idea of boundaries, and, as the title suggests, the students/patients/inmates are never listened to, only told what the staff want to hear. That's Not A Feeling reads as a parody of alternative therapies, or teaching, or reform schools, but the lack of depth or understanding of the mental health issues touched upon meant that I could not fully engage with the text. Disappointing.


"Seeing us as objects of fun let the faculty imagine we were somehow protected, I thin, as comic figures are able to survive all kinds of harm."

"I didn't like the feeling of separating myself in two: the Benjamin who was doing the thinking and the Benjamin that was being thought about."