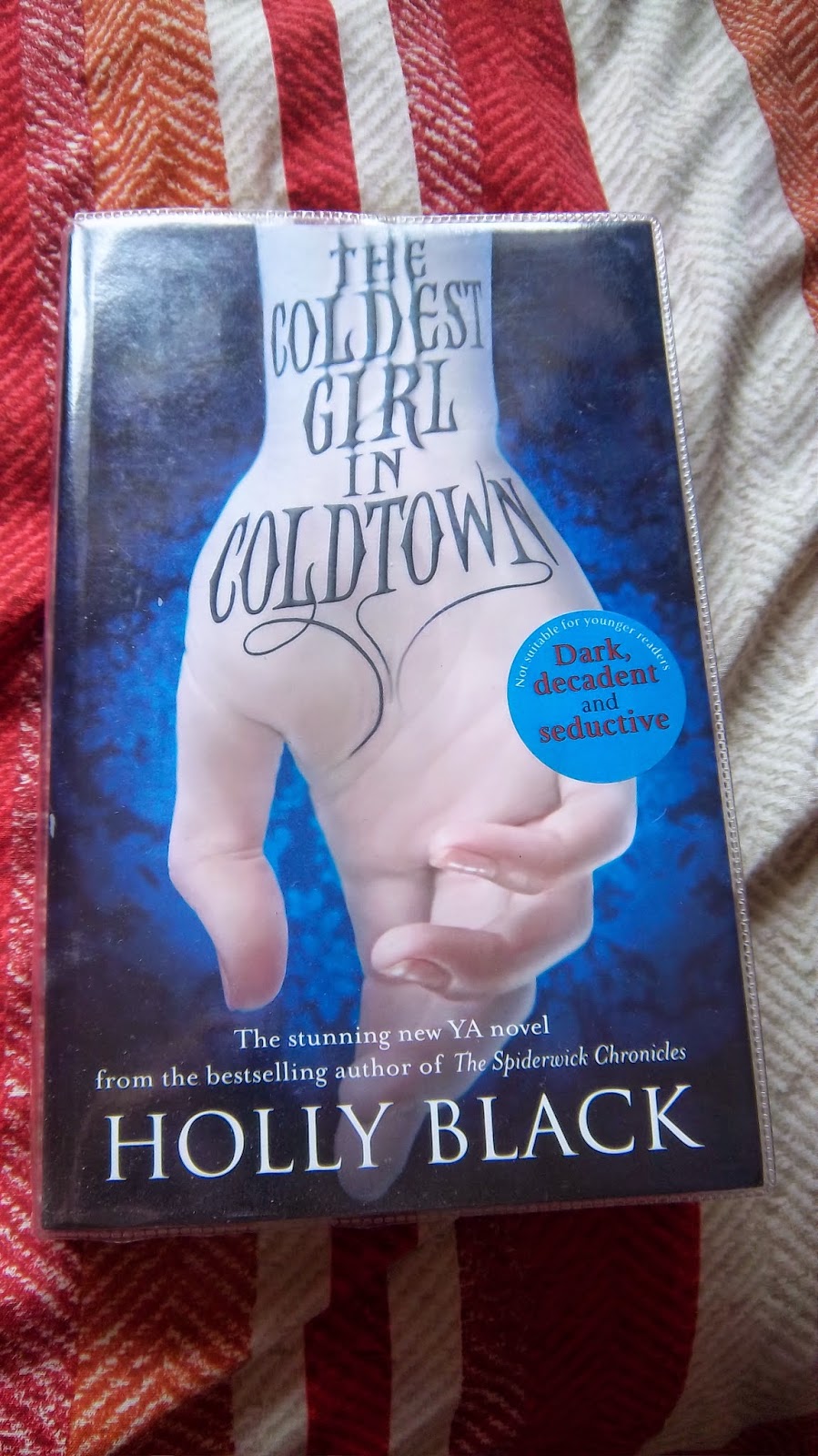 Vampires have always existed, but until recently they took great measures to keep their existence a secret. That all changed a few years ago, when a vampire named Caspar Morales got carried away, creating many more. The epidemic spread out of control, and now the vampires of the USA, and anyone infected by them, are imprisoned in Coldtowns, where they party and feast all night long. These parties form the basis of the most popular reality TV shows, are there is a significant proportion of the population who longs to join them, attracted by the glamour and the danger and the romance of being forever young.

Seventeen-year-old Tana is not one of them. She's seen the other side: when she was very young her mother was attacked by a vampire, and infected. In this world, one does not automatically become a vampire until one drinks human blood, but before you can return to your human life, you have to endure the Cold - up to eighty-eight days of desperate cravings as the infection sets in. Not many people make it through.

When Tana wakes up to find herself one of only three survivors of a vampire attack on the party she'd been at - the other two being Gavriel, an ancient vampire and her infected ex-boyfriend Aidan - she heads down with them to the nearest Coldtown, where she finds herself caught up in a strange world of death-seeking misfits, vampire politics and her own nature. Gavriel is an enigma, an oddly charming but deadly vampire with a Past. Can she trust him? Can she even trust herself?

I was impressed with Holly Black's world-building for The Coldest Girl In Coldtown, bringing a renewed sense of danger and glamour to vampire fiction. There was a classic, pre-Twilight feel to this book, of beauty and horror, and I was not at all surprised to see Anne Rice cited as one of Black's influences in the acknowledgements. The crowds of uninfected humans who made their way to Coldtown, particularly the twins known as Winter and Midnight, repulsed me in their sick fascination for the vampire lifestyle, giving up what it was to be human to be part of the undead fame game - for the gate into Coldtown is, with few exceptions, one way only. Yet they were entirely believable too, liveblogging and videoing every experience, and everyone convinced that they were safe, they were immune, that danger and death were things that happened only to other people. This is vampire fiction for the social media generation.