The Thirteenth Tale & The Girl on the Train 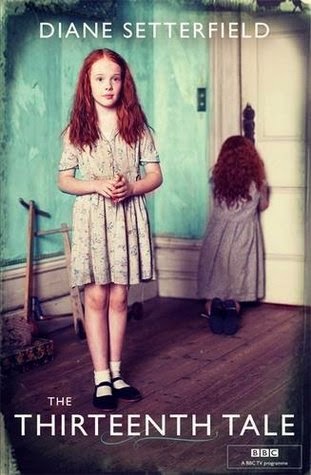 Margaret Lea, second-hand bookseller and part-time biographer, receives a strange letter one day: the reclusive author, Vida Winter, is dying and wants to open up the mysteries of her life story and true identity to none other than Margaret. Margaret travels to Yorkshire to stay with the strange and capricious Miss Winter and discovers a past full of mystery, a dysfunctional family, wild, psychopathic twins left to their own devices in a mouldering big house. Looking beyond the story Miss Winter tells, Margaret discovers nothing is quite as it seems, and is forced to confront a long-suppressed pain within her own family.

I think I'm going to like it here, I wrote in my review notebook within a few pages of starting The Thirteenth Tale. What's not to love? It's a book all about books and stories, the stories we make and how they come to define us. The whole idea of Vida Winter's first published collection, Thirteen Tales of Change and Desperation, which featured only twelve stories and was reprinted without a number in the title, gave me a delicious shiver. The mysteries of Vida's past are revealed slowly, each answer throwing up more questions, clues slowly coming together to reveal a truth that hadn't occurred to me, but that was hidden in plain sight all along.

The Thirteenth Tale is a rich, atmospheric novel that calls to mind the smell of old books, the cosy feeling of being wrapped up in a blanket with a hot chocolate while a storm rages outside. It is a self-aware entry into the canon of classic gothic fiction, settling among the classics as though it has always been there. I recommend this book to all book-lovers. One to read and then reread as a very different experience.

Thanks to Bex for sending me this.

Shelve next to: Jane Eyre, Rebecca, The Turn of the Screw, The Woman in White

The Girl on the Train - Paula Hawkins 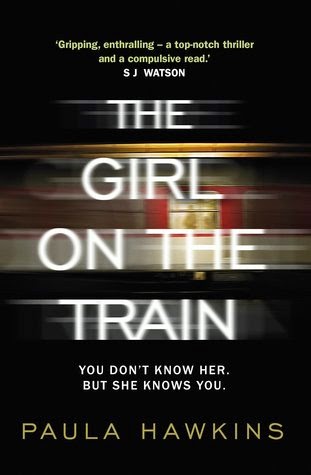 The Girl on the Train is the thriller that has got the book industry talking this year: the tale of Rachel, a troubled young woman who takes comfort in watching a couple whose house she passes on the train one day and making up stories about them. But no one's life is as it appears to be from the outside, and even the most perfect marriage has its problems. Then the wife disappears...

Although there are three narrators in The Girl on the Train, Rachel (the titular "girl") is the most interesting. Her life is a mess. She is divorced, unemployed and an alcoholic, pretending she's holding things together but fooling no one, not even herself. None of the characters were particularly likeable, but I felt desperately sad for Rachel, wanting her to be able to get her life back on track and move on. Her ex-husband has married again, and they live just down the road from the house Rachel picked for her people-watching. And the families are closer-connected than they realise: Megan, the missing woman used to babysit for Rachel's ex and new wife, and that's not all they have in common. I found it interesting drawing parallels with the couples: Megan and Scott, Rachel and her ex Tom, and Tom and his new wife Anna.

Thanks to her drinking, Rachel has huge gaps in her memory, and the chapters from Anna's point of view offer an alternative perspective of Rachel as more dangerous and manipulative than she'd have us believe, or perhaps realises herself. These chapters plant a seed of doubt, and though I wanted to trust Rachel, I did not quite.

The Girl on the Train kept me up until late on a work night because I just had to know what happened next. Perhaps I was a little disappointed, expecting a cleverer plot twist that would leave me breathless. (It was a perfectly satisfactory conclusion, but I was prepared for a shocker.) But it works well as a dark study of toxic relationships, mental health and addiction, and grief either for what was lost or what was never had in the first place.

Shelve next to: Gone Girl, Before I Go To Sleep.