I love book shopping. I know, what a shocker! But nice as it is going book shopping on my own, it's so much better going with friends, to make an event of it, where we all enable each other to buy ALL the books and spend too much money on additions to our towering to-read piles. Last year I went on three book shopping trips with online friends and also went to Hay on Wye for a couple of days with a friend from the Isle of Wight. Yesterday was The Big One, the London Bookshop Crawl Bex has spent months organising for friends, family and anyone else who wanted to come along.

It was an early start for me. Ordinarily for an event like this I would stay overnight at my sister's flat in South-West London and travel from there, but she was very inconsiderately away for the weekend, so I decided to make a day trip of it. The weather forecast was not promising, predicting gale-force winds and non-stop heavy rain for Saturday, so I found myself awake until the early hours worrying and making contingency plans just in case the passenger ferry from Cowes were to be cancelled. When it came to it, although it was a little drizzly and a little blustery, I had a very calm and uneventful crossing, and I got up to London at around ten.

We met in the cafe at Foyle's, where two tables had been reserved for the party, and several people were sitting around chatting, with coffee, cakes and pastries. Other members of the group had gone off around the shop. I was particularly excited to meet Ellie (from Bournemouth) and Ellie (from London), who I've known online and whose blogs I've been reading for years, but had never met, and Erica turned up not long afterwards. Erica reviews bookshops, rather than books, and her blog is a rather handy directory of recommendations which I check out every time I go to a new town or plan a London trip.

Once we'd got everyone together in one place, we set off down the road to Orbital Comics, a friendly and not at all Big Bang Theory-esque comic book shop. We had a mixture of comic book newbies and devotees in the group - I'm more of a newbie, and prefer short series or stand-alone titles to those which have been running for decades. Several members of the group had copies of Lumberjanes, which was a series I've been vaguely aware of through following the author Noelle Stevenson on social media, so that was my first purchase.

After Orbital we headed back to Charing Cross Road and Cecil Court, the bookshop centre of London. The shops were somewhat smaller in that area, so we broke up into smaller groups. My first stop was Any Amount of Books, which, although I didn't recognise it by name, is one of my old favourite Charing Cross Road haunts from my student days. I found several "maybe" books in there, but didn't want to load up too soon, so I left  The Incredible Adventures of Cinnamon Girl, Fannie Flagg's Standing in the Rainbow and a children's adventure book set at the Isle of Wight's very own Blackgang for another time. (I kind of regret not buying the Blackgang book though; I've never seen it before.) If anyone's read these books, do let me know what you think! I bought What She Left by T. R. Richmond, a book I've vaguely had my eye on at work, and went back to the till a second time after Nnedi Okorafor's Lagoon caught my eye and shouted "Buy me! Buy me!" How can you refuse such a call? 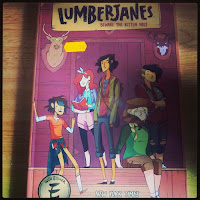 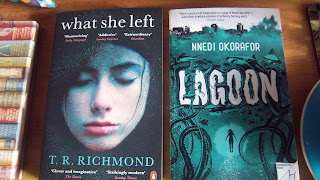 Cecil Court is full of bookshops of all sorts, though many specialised in collectors' editions. Marchpane is the children's bookshop (and wasn't it once in the Goldsboro premises?) It had Enid Blyton hardbacks, Chalet School books, including one of the few I've never been able to get hold of (for good reason, looking at the price!) I ran into Bournemouth Ellie and some other people - I'm sorry I can't remember exactly who as I hadn't learned everyone's names yet, but I think Louise was one, and possible Katherine too (and apologies if I've spelled your name wrong or assigned you the wrong Twitter identity) - in Goldsboro Books where we sighed over a £7500 set of first editions of Lord of the Rings. Goldsboro prides itself on being "The Home of Signed First Editions.) Not everything was out of our price range though; all the expensive books were of course locked in glass cabinets, but signed first editions of brand-new books sold at their retail price. I treated myself to Ali Smith's new book Public Library, it being National Library day and all. 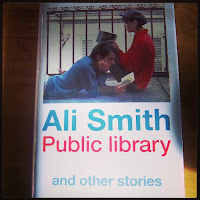 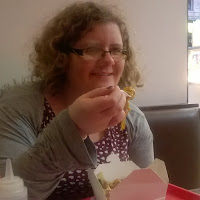 Out in the street I found a poor lost and lonely Laura and, after a bit of window-shopping, took her on a little detour to Forbidden Planet, feeling slightly treacherous as I did so, as she and Bex had been arguing for ages about whether that ought to be part of the Crawl or not. I hold my hands up Bex, it really was my suggestion. We stopped off for lunch at Laura's favourite little noodle place in Leicester Square, before rejoining the group and trekking up to Persephone Books, where a very lovely member of staff was expecting us. I think, however, she was not expecting quite so many of us as we filed in... and filed in... and filed in until we were packed into the little shop like sardines in a can. The bookseller, whose name I think was Lydia, gave as a tour of the "backstage" area; office and storeroom and packing area, because Persephone is mostly a mail-order company and everything happens on site. She also talked us through what Persephone publishes (out-of-print books mostly from women writers of the early 20th century) and recommended some titles for different tastes and genres. She was an excellent hostess, really knew her stock, and it looked like we came away with multiple copies of all her recommendations between us. I bought The Home-Maker by Dorothy Canfield Fisher, which is my friend Sharon's favourite Persephone publication, as well as Harriet by Elizabeth Jenkins, one of the bookseller's suggestions. Persephone had a 3 for £30 deal (normally their books cost £12 each) so many of the group teamed up with other people buying one or two books to make the most of that offer. You also get a free bookmark with each purpose, matching the books' colourful vintage endpapers, which are prints from fabrics made in the year of first publication. 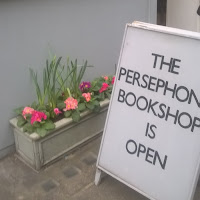 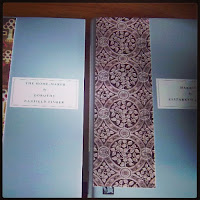 Next we traipsed down to the London Review Bookshop. This shop selects its stock on its merits over than bestseller quality, meaning that the books on display aren't necessarily what you would find in every branch of Waterstone's and WH Smith. By this point my shoulders were starting to ache from my rucksack and all my shopping bags, so Ailsa, who I'd got chatting with, and I squeezed into a corner of the busy cake shop for a mid-shopping snack. While we were in there, the group agreed to miss out Daunt Books, which was due to be the next stop, as we were running over time, and most of them headed off to our final bookshop, the massive Piccadilly branch of Waterstone's. Ailsa and I stayed at the LRB a while longer, and I was sorely tempted to stock up on many of the fiction hardbacks on the recommendations table (and that's before we even get onto the paperback shelves) but limited myself to one: Yuki Chan in Bronte Country by Mick Jackson. We stopped off at the craft shop next door (and now I know where I can stock up on sealing wax when I run out of the stuff that came with my Harry Potter stationery box) and met up with the group at Waterstone's. I then proceeded to hand out copies of The Long Way to a Small Angry Planet to everyone who'd expressed an interest in sci-fi. Tina and I had kept on running into each other deliberating over whether or not to buy Loney, winner of the Costa First Novel prize. I did, she didn't. My last purchases of the day were Gracekeepers author Kirsty Logan's short story collection The Rental Heart... and another copy of Anne of Green Gables. Yes, that makes four. Not including the colouring book, the journal, all the Anne stationery, and other books in the series. It's the luscious little Collectors' library edition, pocket-sized with gold-edged pages and illustrations, and all for the price of a trade paperback. 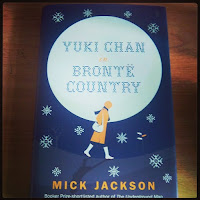 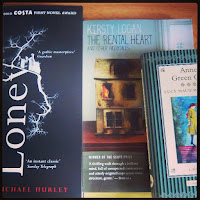 Many members of the group began heading off homewards around that point, and Laura, Bex and I ("the founding members") found some comfy chairs up on the fourth floor and sat down to rest our feet and chat about how the day had gone. It went AMAZINGLY. I don't think I've ever been with so many like-minded bookish people, even when I was at university studying books. Everyone was a kindred spirit, easy to join a conversation with, even though we didn't all know each other to begin with. I'm just sorry I didn't get to talk to everyone. Those of us who were left at 6ish had a table booked at Pizza Express, a really lovely end to a fantastic day. It was a long journey home, with a slight delay on the Southampton line, so I took a slightly earlier and faster train than the one I'd initially intended. I got a taxi from the station and arrived at the Red Jet terminal with plenty of time to spare. The journey across the Solent was a little choppy, but hardly the chaos and disruption I'd been led to believe (though that may still be to come.) I finished my day when I got home with a "special" hot chocolate (with a splash of Bailey's) and was in bed by midnight, where I stayed for the next eleven hours. A long day (and an expensive one) but such a happy one.
Posted by Katie Edwards at 18:11