Mini-reviews: Miranda, The Land of Decoration, The Fault In Our Stars 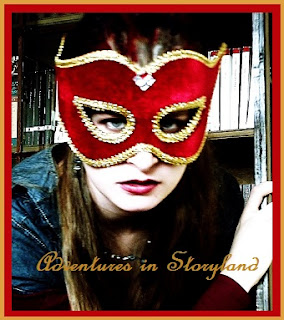 I always find it exciting to start a new year in Storyland, venturing out into the uncharted lands of new books, TV and film, without any idea about which stories will become home to one's heart and mind. I've read three books so far in 2013: two for the first time and one reread, and so far all three have satisfied. 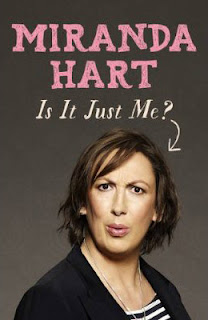 One of the biggest selling hardbacks of the Christmas season was comedian Miranda's book - not so much an autobiography, but a "Miran-ual" of ponderings on life generally. Written as a dialogue between adult Miranda and her eighteen-year-old self, Is it Just Me? is packed full of reflections on being big and clumsy, of the joys of stationery and spontaneity, and whether carrying one's personal effects in a battered old rucksack rather than a tiny handbag really means that one is not "taking oneself seriously as a woman." (Spoiler: no.)

Is it Just Me? is an absolute joy to read, especially as someone who cannot leave a room without crashing into the doorpost. I mentally read the book in Miranda's own plummy tones - helped by her addressing the reader as "My Dear Reader Chum" (MDRC for short.) I howled with laughter at some of her escapades - although I did wonder how many had been embellished just the teensiest bit. Her recollections of an embarrassing picnic brought to my mind the memory of a disastrous incident with a barbecue burger bagel I battled in Cardiff with plastic cutlery. I won't go into details. Just imagine anything that could go wrong with these things and you probably wouldn't be far off. It was mortifying. But back to Miranda: I left this book feeling admiration for this woman who could be so confident in her goofiness and unwillingness to be a decorous grown up that she can not only laugh at herself and not care, but star in a sitcom about her life. Is It Just Me? is a funny and feel-good read that was just what I needed to get me through my annual Christmas Lurgy (although it is not good when you have a cough.) I originally bought it as a gift for my best friend, who lent it straight back to me. Now it's my mother's turn to read it.

2. The Land of Decoration - Grace McCleen 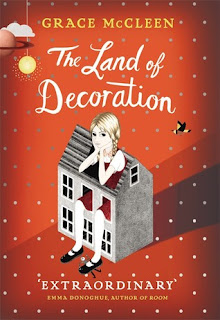 Ten-year-old Judith is an unusual child. Brought up by her strict widowed father and bullied at school, she finds refuge in the creation of a miniature world in her room which she calls "The Land of Decoration." Desperate not to have to go back to school, Judith makes snow for the Land of Decoration, and sure enough, it snows in the night, closing the school. Judith becomes convinced that she has miraculous powers, and tries to use these to make life better. But then things start to go wrong. Very wrong indeed.

Grace McCleen leaves it up to the reader to interpret what is going on here. Is Judith really having mystical experiences - and if so, are they benign or malevolent? Alternatively, is she simply over-imaginative, or even mentally troubled? Judith's narration is only reliable to a certain extent, revealing more to an adult reader than the child would understand, and it is unclear how literal we are to take her "visions." I am as yet undecided where I stand, but inclined towards her having a vivid imagination, shaped by her skewed religious upbringing.

At the heart of The Land of Decoration is the relationship between Judith and her strict father. Judith matter-of-factly says that she knows her father doesn't love her, because of her mother's death from complications giving birth to her, and because he always seems so angry. The discerning reader will understand that the truth is far more complicated than this. McCleen's portrayal of the grieving father trying to find his way as a single dad in a difficult world is all the more poignant for being described by someone too young to really understand.

The Land of Decoration is an extraordinary book, strange, challenging and often dark. It took a few pages to hook me, but once it got my attention, I could not put it down. A masterpiece from a new author.

3. The Fault in Our Stars - John Green

It hasn't been long since I read The Fault in Our Stars the first time around and my every intention was to pick up one of the many other books in the staff room library, but somehow this little blue paperback fell into my hands instead. The Fault In Our Stars is an incredible book, marketed at teenagers but one which should be read by people of all ages. I didn't have much to say about it the first time around and can't really add to it today, either. Just go out and read it. Buy, borrow, steal a copy. (Don't steal, kids, it's bad.) I always love John Green's characters: they are so funny and sarcastic and smart and angry, and reading about Hazel and Augustus actually hurt. The Fault in Our Stars hit home even harder the second time around, knowing what was coming. I recommend it whole-heartedly; it is a fiction full of truth and heart - but beware. You will need tissues.