How can it possibly be the end of the year already? It seems like just a few weeks ago that I set myself some admittedly vague goals for the year: to do new stuff. So what have I managed to achieve this year? It certainly doesn't feel like much has changed in the last twelve months. I'm still single, still living at home, still in the same job - and still haven't had a single driving lesson. It's been a fairly pleasant year, if not a very eventful one.

I've been on a few excursions and holidays: In June I took a mini-holiday on my own, first to Oxford, and then on to the Peak District for a couple of days, and in August my best friend and I finally went camping in the Lake District, which we had been meaning to do for years. 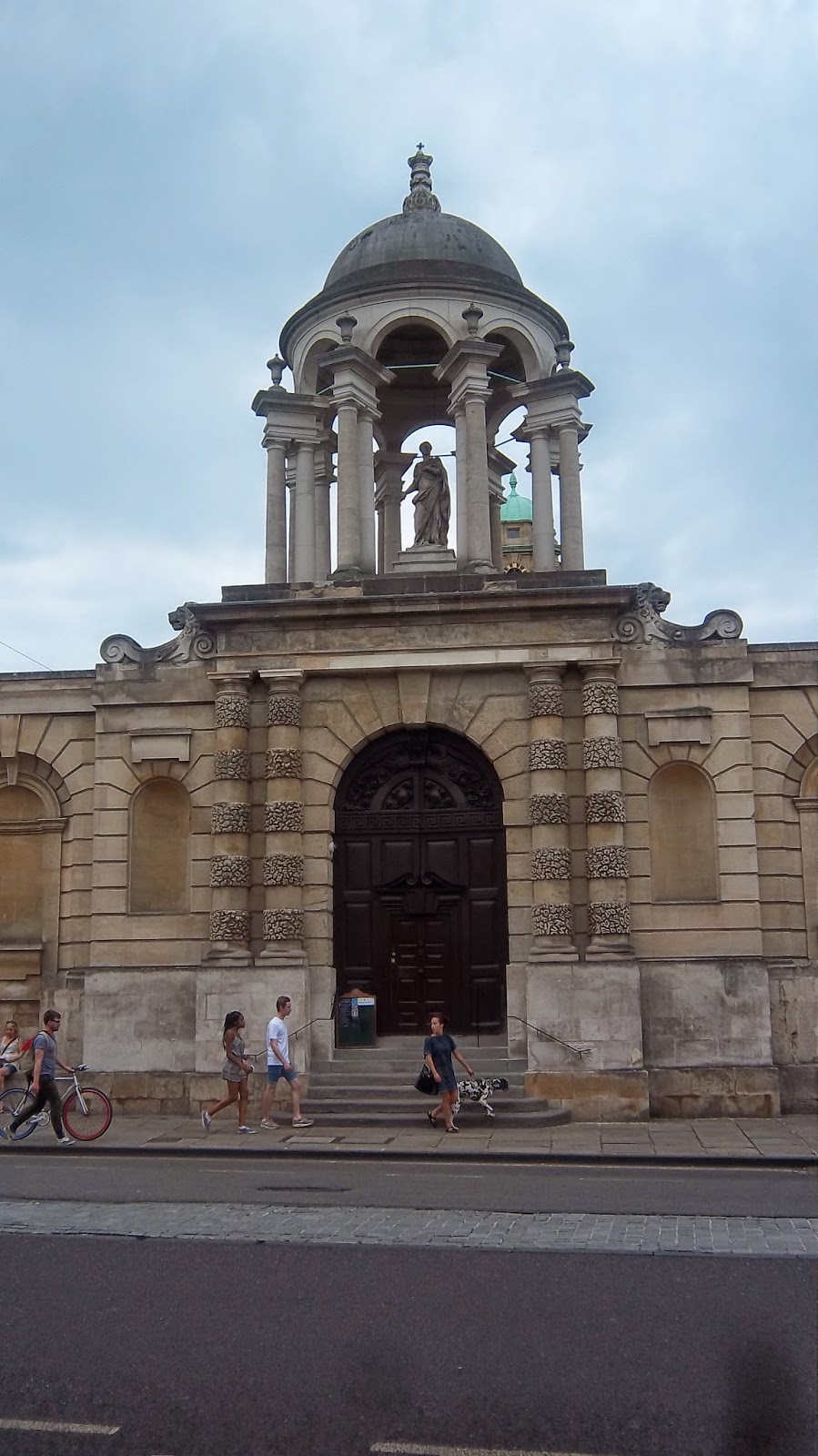 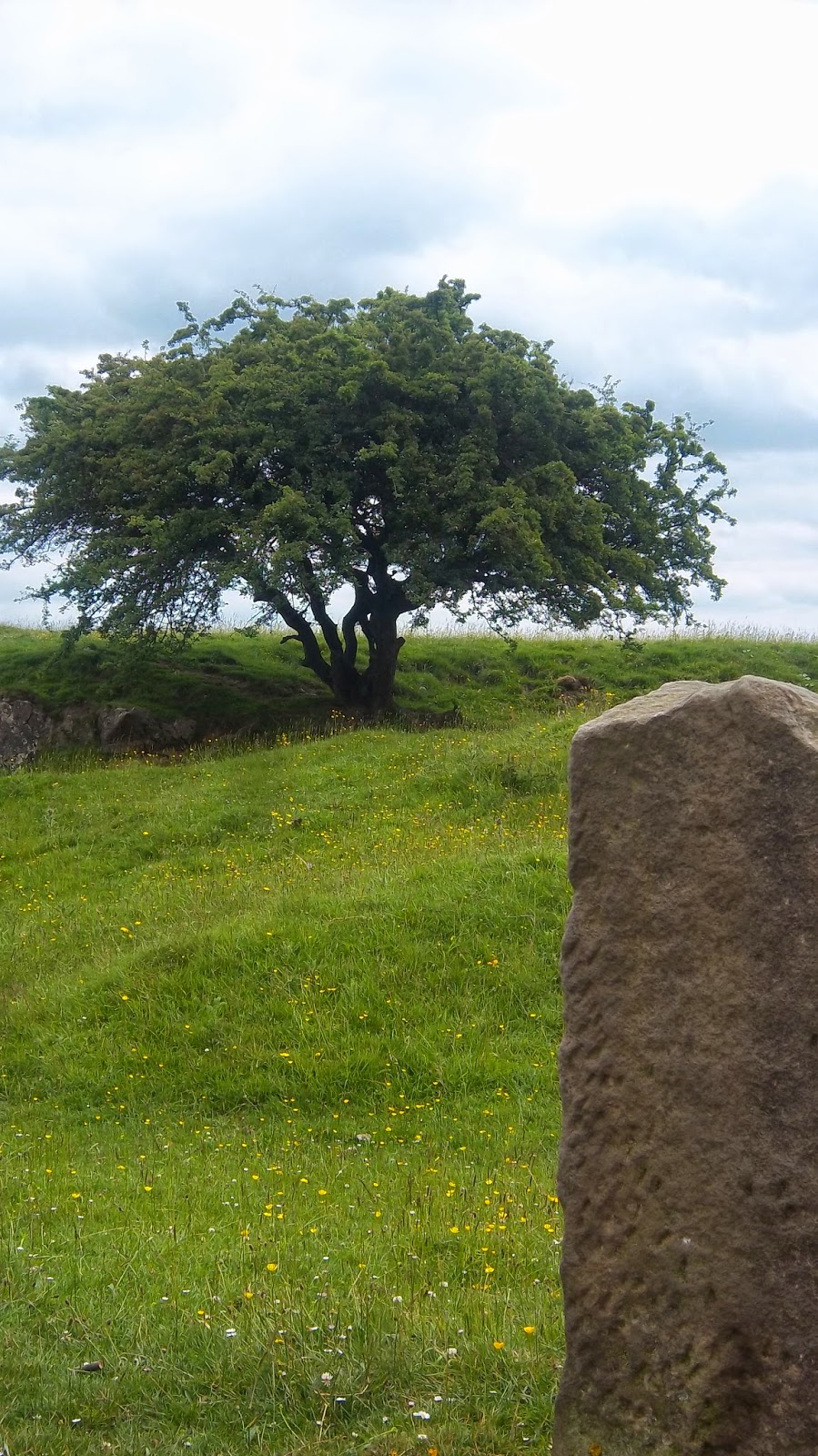 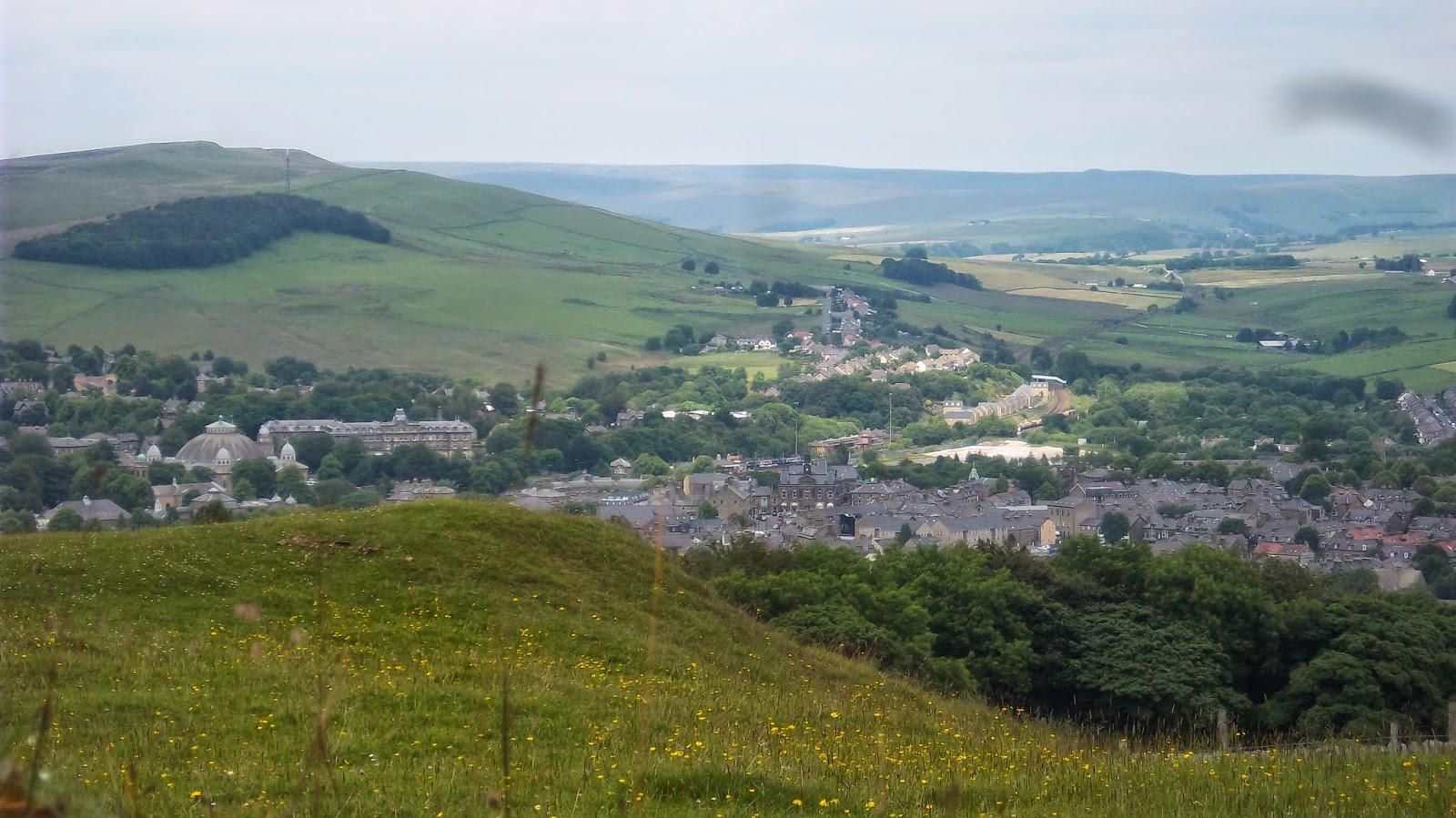 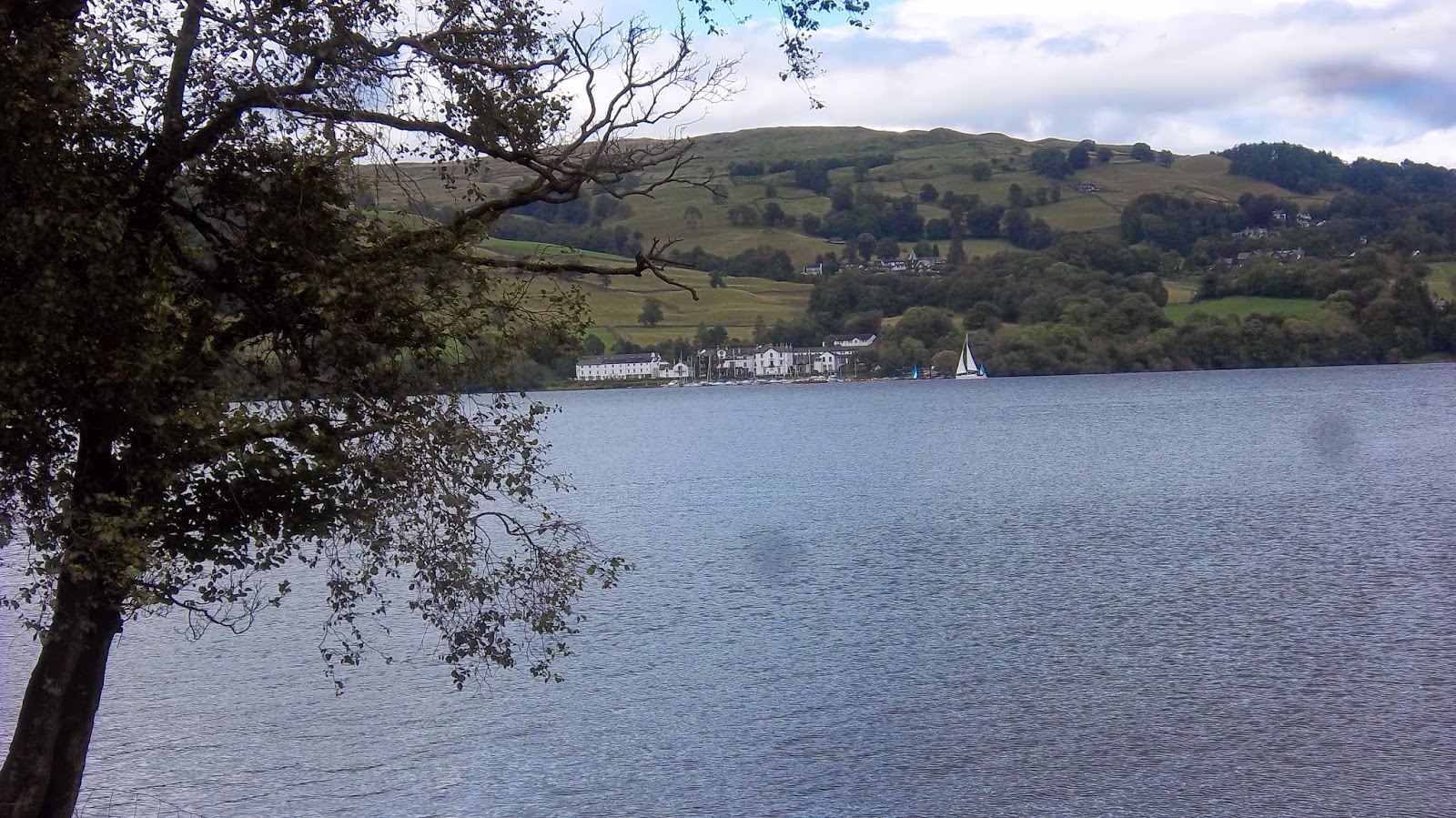 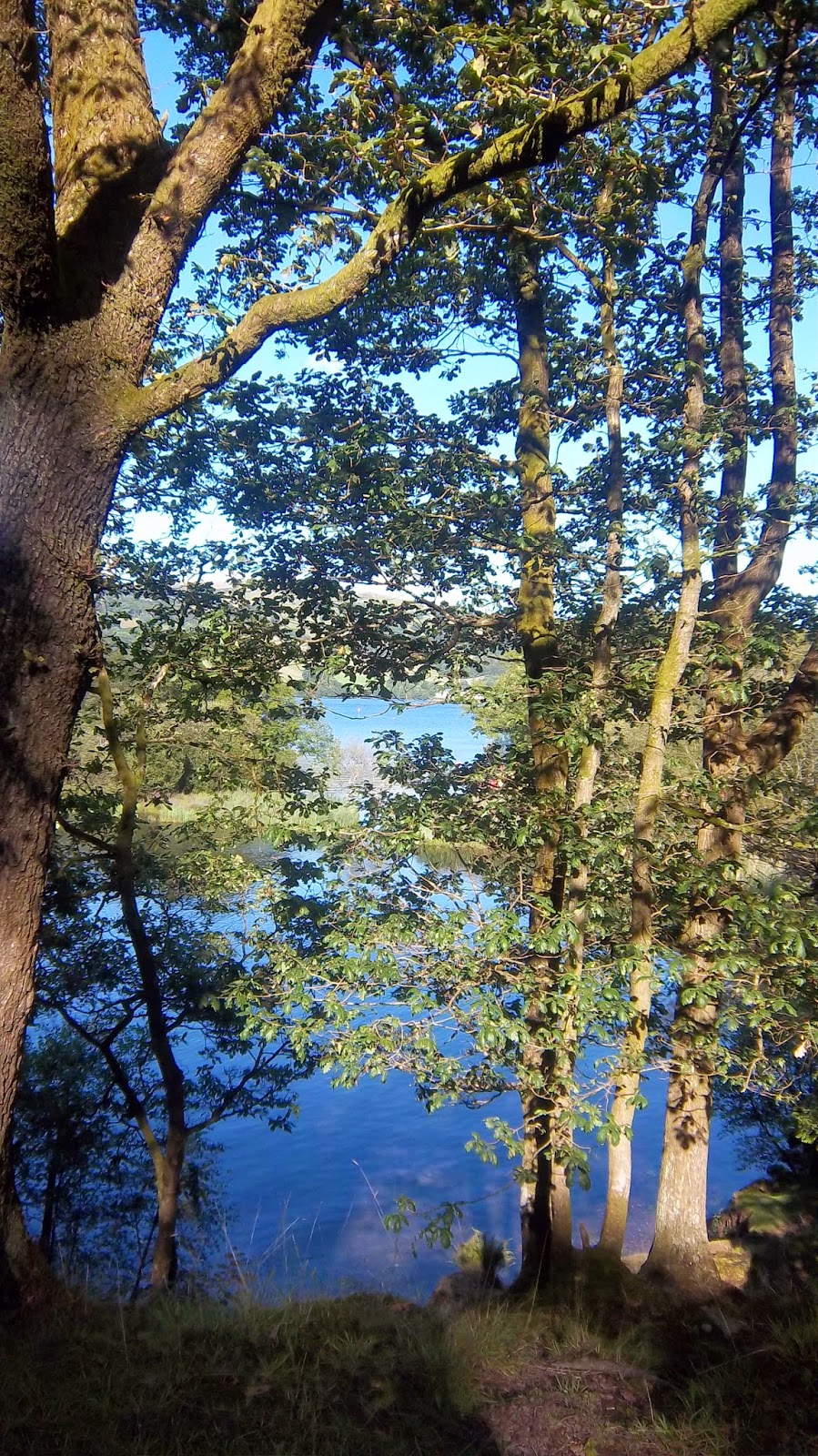 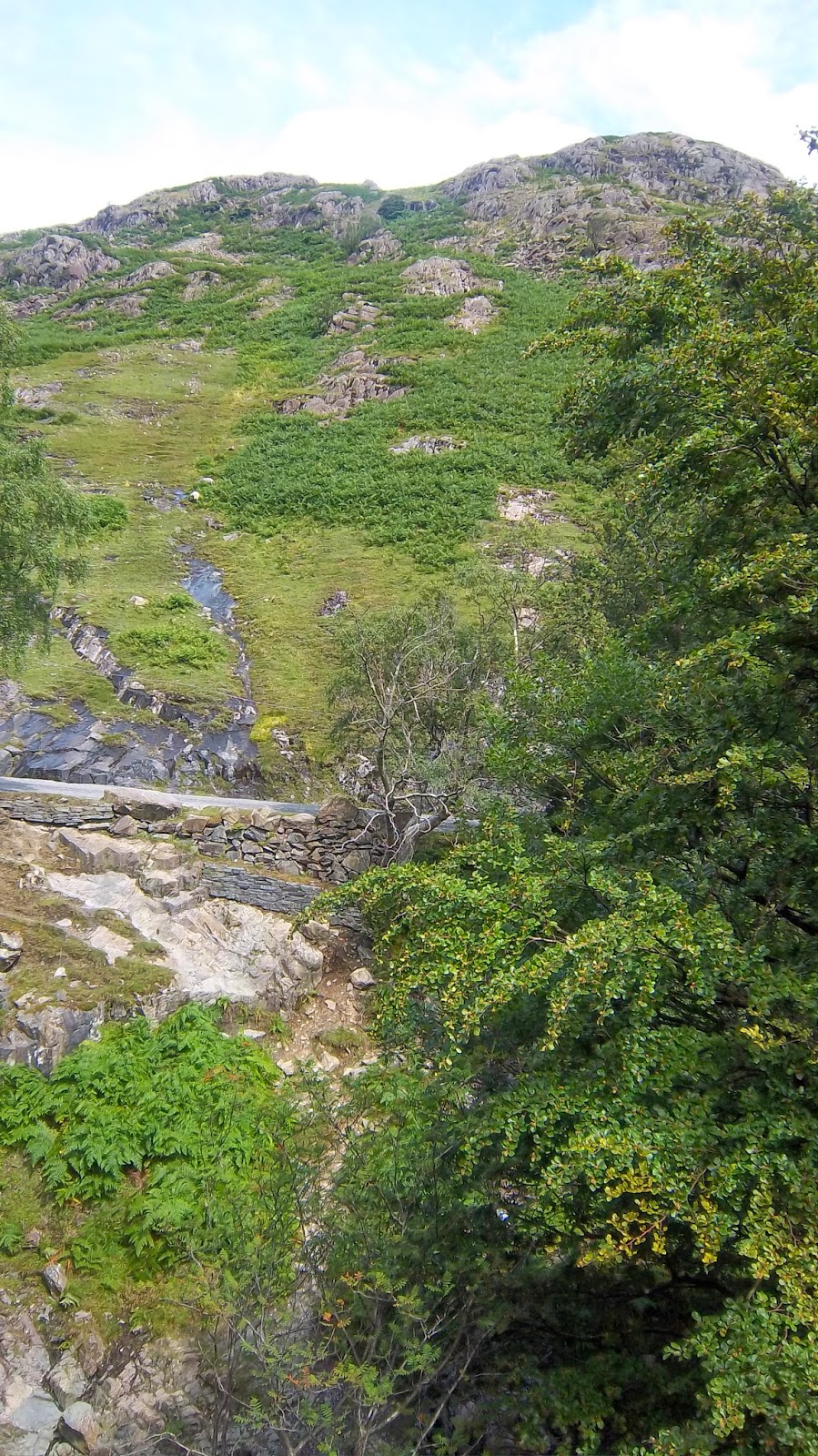 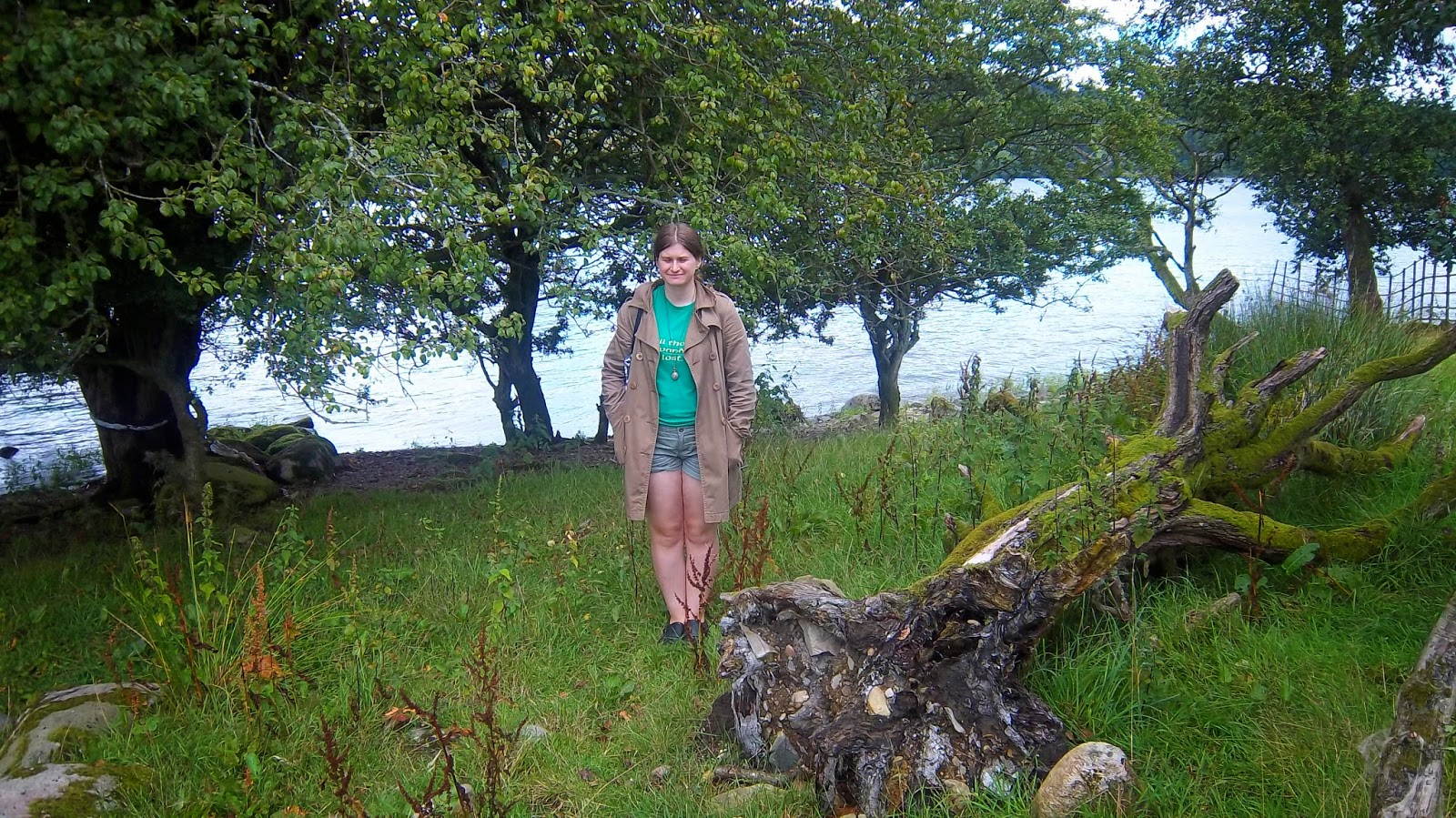 After having really struggled with writer's block for a very long time, I came up with the beginnings of a story idea just in time for NaNoWriMo, and despite setbacks, I hit my 50 000 word count with an extra day to spare!

I attempted to get my to-read pile under control, not allowing myself to buy, borrow or otherwise acquire more books than I read in the year. However, as I did not take into consideration rereads, my pile is now three piles and I am in desperate need of replacing my tall bookcase with a tall extra deep bookcase, in order to shelve them in two rows! This self-inflicted rule did, however, change the way I do book shopping: I am more likely to buy single books that I really want to read, than to take advantage of multi-buy offers. I've also noticed the number of hardbacks I buy increasing too - and I think that can be put down to other bloggers' recommendations. When I bought myself a new smartphone, I downloaded the Kobo app, despite my loyalty to ink-and-paper books and discovered that... I really really am not an e-book person at all. I've downloaded a few previews, free books, and one out-of-print children's book, but it does not fool me that I am reading a book at all. It's like reading internet articles or fanfiction. No, I will stick to the physical books that are taking over my bedroom, thankyouverymuch.

In the autumn, I took one day trip to Coventry to visit at the newly-opened Big Comfy Bookshop, and I also met Cary Elwes, who is best known as Westley (or the Dread Pirate Roberts) in one of my favourite films of all time, The Princess Bride. He's very charming, polite, still handsome - but despite being English, his accent has more than a hint of American in it, which was a bit odd. 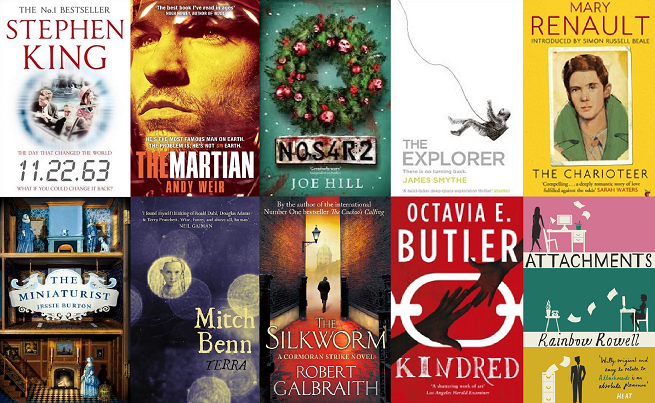 You really live within these pages, grow to care about the characters, and I would have been quite happy reading 750 pages just about Jake's day-to-day life in [the town of] Jodie, with Sadie. Everything seems wonderful - or at least, mostly a success; despite the past's resistance to Jake's every move, he seems to be mostly victorious. But through it all is an undercurrent of foreboding, thanks to the prologue in which a horrified Jake laments, "What have I done?" We can't quite forget, much as we'd like to, that some terrible consequences must come as a result of Jake's meddling.


The Martian is a rollercoaster ride (or rover ride, perhaps) of victorious success and catastrophic setbacks, and each obstacle asks the same question anew: how can Watney possibly survive this?


At nearly 700 pages, N0S4R2 requires some commitment, but it is a twisty page-turner, an unusual and attention-grabbing thriller. Each chapter takes the story in a new direction. In some ways, I was hesitant to read much of the book in one sitting, for fear of what might lie in store for the characters, but that was continually overridden by the desire to get caught up in this adventure and spend my time in the world of the novel.


The story of a doomed space mission, The Explorer shows us the last survivor on the spaceship Ishiguro, and how he found himself in this unienviable position. A claustrophobic thriller set in a not-too-distant future.


The Charioteer is[...] a thoughtful, intelligent and compassionate work of art that is way ahead of its time.


The Miniaturist explores the role of a woman in the seventeenth century, the expectations of a merchant's wife, and Nella's quest to make a place for herself in this unfamiliar new world [...] there is a sense of a fate neither escapable nor quite understandable until it is too late.


The world of Fnrr is a society evolved quite apart from ours, even perhaps a utopia, but one which reflects so much that is to be celebrated about people (whether human or not.) I came away from Terra smiling.


The investigation into the novelist's murder involves the unravelling of the cryptic caricatures in his would-be masterpiece, and I love a mystery which involves the cracking of a code [...] "Galbraith" does not cheat the reader, revealing enough information to make us feel smart, but holding back enough to keep us guessing, finishing up with an epic revelation at the end.


It was curious; although I am very familiar with time travel stories, it was while reading Kindred that I realised how different the past can be. Then was then, now is now, but through Dana's eyes I had a sense of the two eras existing simultaneously, like two pictures drawn on tracing paper and placed one over the other.

I admit it: I loved Attachments because I'm nosy. Aren't we all? [...] We get to know Beth and Jennifer through their emails, which reveal them to be people who are a lot of fun to hang out with, sharing their relationship and family woes, quirks and insecurities, and a deep abiding friendship.

Mr Penumbra's 24-Hour Bookstore - Robin Sloan
Sputnik Sweetheart - Haruki Murakami
The Shock of the Fall - Nathan Filer
The Rosie Project - Graeme Simsion
It - Stephen King (also The Shining, but that was a reread.)
Flowers for Algernon - Daniel Keyes
The Girl with All the Gifts - M. R. Carey

As always, I am very far behind the times with my TV watching, my major discoveries being - for the third year in a row a Joss Whedon series - Buffy the Vampire Slayer. Finally I understand what made this show a big deal, why no one could ever shut up about it when I was a teenager.

I was also very surprised this year to fall in love with Fringe, a weird-science show that I knew nothing about when it was shown on TV, full of twists and shocks and such wonderful characters. Although Fringe took its time to win me over, it is well worth sticking with, and by the first of many many major revelations in the final episode of season one, I was hooked!

I also watched the first two and a bit seasons of Heroes, although my attention started to peter out a bit when I realised I didn't like very many of the characters very much (except Sylar, Hiro and Ando) or understand the plot. Fringe's plot was a lot more complicated, but the storytelling made it make sense. Heroes seemed like the writers made it up as they went along. I've also been steadily working through Star Trek: The Next Generation, where I am up to season six's famous "Chain of Command" episode, in which there!! Are!! Four!! Lights!! 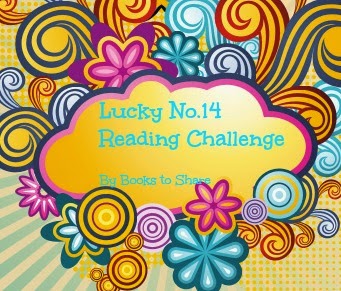 I only signed up for one all-year reading challenge in 2014: Astrid's Lucky No. 14 challenge, of which I managed to read books in twelve of the fourteen categories: