My name is Sam Tyler. I had an accident and I woke up in 1973. Am I mad, in a coma, or back in time? Whatever’s happened, it’s like I’ve landed on a different planet. Now, maybe if I can work out the reason, I can get home. 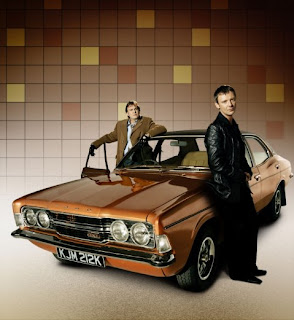 Despite myself living practically on a different planet when Life on Mars was first broadcast in 2006 (I was a student in a house with no TV,) I was aware that it was a refreshingly original drama series: a new take on an old genre, the 70s cop show, but with a mystery. However, it wasn’t until this year that I finally sat down and watched the two series of Life on Mars and three of Ashes to Ashes in about a month.

Life on Mars began as the sort of TV programme that you really couldn’t make these days! A modern-day police show is far removed from the high-action cops-and-robbers chase shows that were around in the good old days, or so they say. Police officers have to be careful, professional and respectful - all well and good, but not so much fun to watch. 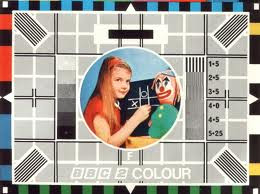 Until they get hit by a car, sent back in time to the ‘seventies and introduced to the Gene Genie. Make no doubt about it, although Sam Tyler (John Simm) is the protagonist of Life on Mars, Gene Hunt is who we watch the show for. Gene Hunt (Philip Glenister) is Sam’s new boss, and he has very different ideas about how a police force should be run. Rather, Sam’s ideas are the new ones: Gene runs his department on the tried-and-tested method of brute force and ignorance… and an unlimited capacity for creative and outrageous verbal - and physical - abuse. The differences between their styles of policing is most concisely shown when trying to gain access to a flat: while Tyler fumbles around attempting to pick the lock, Hunt kicks the door in: Crude, but efficient. 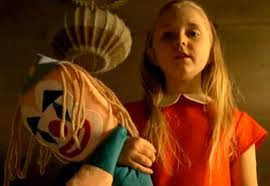 While at first 1973 seems a rather random date for Sam to be sent to, with great music and lots of nostalgia for a rather iconic era, as the story unfolds it is revealed that something significant happened to the Tyler family at that time and it’s up to Sam to change his family’s history. But is time changeable? In some ways it seems possible: in the very first episode, Sam manages to influence a chain of events that eventually help to save his girlfriend in 2006. But other events are inevitably, tragically doomed. Evidence suggests that one can’t change one’s own timeline in this version of time travel.

Life on Mars isn’t, however, a straightforward time-travel show. Even while in a fully-formed 1973, with flared jeans, awesome music and a lot of brown, Sam experiences strange, out-of-place phenomena that make the series far more complex, thought-provoking . The Test Card F girl comes to life and walks out of his TV screen to talk eerily to him, and he hears voices that he recognises from his life back in the 21st century. 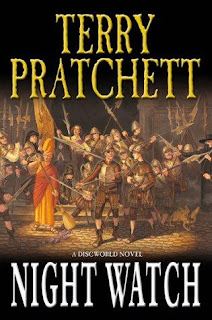 So, is he mad, in a coma or back in time? Is 1973 real or in his mind? (Or, as Dumbledore suggests in the final Harry Potter book, both? Life on Mars in some respects reminded me of Terry Pratchett’s book Night Watch. If it weren’t for the fact that the novel was published before the TV series, you could be forgiven for thinking that Pratchett had borrowed some aspects of his story from a roundworld equivalent. Watchman Commander Sam Vimes is sent back in time by a freak accident where he has to survive a major incident in his past, and in this case, mentor his younger self with his modern-style policing to keep him from being influenced by the dodgy coppers. Interestingly, it is in Discworld where there is a straightforward morality in the Watch, while in Life on Mars, although we really can’t condone everything anything - that Gene Hunt says or does, it has to be confessed, he gets results and his heart is (more or less) in the right place.
Posted by Katie Edwards at 23:46