What better way to start a new year than to rediscover my favourite book of all time? 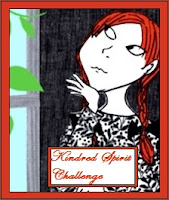 When old-fashioned, late-middle-aged brother and sister Matthew and Marilla Cuthbert send for an orphan boy to help on their farm at Green Gables, the last person they expect to meet is the precocious, imaginative redhead Anne Shirley. At eleven Anne has never been loved or wanted, but makes up for lost time by winning the hearts of the rural community of Avonlea, winning friends - and a few enemies - with her impulsive ways. 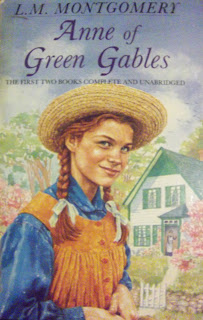 I first read this book at the age of about seven, and immediately Anne was a true "kindred spirit." Like me, she lived more in a dream world than the real one, making up stories left, right and centre, and being remarkably scatterbrained when it came to real life. I spent hours reading and rereading about her exploits until, looking back, it feels difficult to separate the book from my own childhood. L. M. Montgomery brings Avonlea, Prince Edward Island to life by furnishing it with a cast of lovable and believable characters. As well as the irrepressible Anne, there is Mrs Rachel Lynde, who made it her business to know everyone else's, shy and softhearted Matthew who wraps his sister around his little finger without seeming to try, and Marilla who isn't half as stern as she'd have you believe. There are countless ladies who are known only as Mrs [Husband's-name Surname] - a thing that confused me no end when I was small. Then, among the younger generation who I know better than many of my own primary school classmates: pretty, jolly Diana Barry, spiteful Josie Pye and her sister Gertie, airhead Ruby Gillis, sensible Jane Andrews, pompous Charlie Sloan, the rather nerdy Moody Spurgeon McPherson and of course the rascally Gilbert Blythe, who makes his debut in the book's most infamous scene by having a slate cracked over his head after making fun of Anne's red hair.
Anne of Green Gables is a light, episodic novel, the majority of the book taking place during Anne's first couple of years at Green Gables, showing her falling from scrape to scrape, and also experiencing simple delights with such pleasure that you can't help but feel her wonder: eating ice cream for the first time at a Sunday School picnic, making friends, exploring the great outdoors and inventing histories for every place. Anne really is a story to make you appreciate the little things, and to a small girl such as Anne, everything is the most important thing in the world.

You don't really notice Anne changing much, but as the novel progresses, she grows up naturally, her excitable speeches don't sound quite so precocious and gradually she comes to keep her excitable ways under control. Almost before you know it, Anne is fifteen and heading off to Queen's Academy to work for her teacher's certificate. Although she is still very much Anne, I can't help agreeing with Marilla as she laments the loss of the funny, melodramatic little girl Anne was.

"I just couldn't help thinking of the little girl you used to be, Anne. And I was wishing you could have stayed a little girl, even with all your queer ways. You're grown up now, and you're going away; and you look so tall and stylish and so - so - different altogether in that dress..."

As if to reassure the reader as much as Marilla, Anne quickly lets us know that:


"I'm not a bit changed - not really. I'm only just pruned down and branched out."

Anne never gives up her vivid imagination, but channels it into her writing and English Literature studies, and she continues to fall in and out of trouble for several volumes to come.