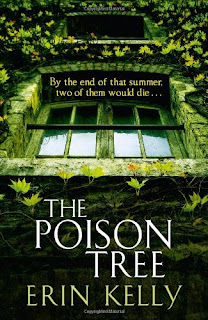 Karen Clarke was always a good girl, a top-class languages student who lived a sensible, dull life, with a sensible, dull boyfriend and sensible, dull housemates. Then, after finding herself single again, she met Biba, the strange, alluring would-be actress who invited Karen into her life. For one summer, Karen seems to live the dream, sharing a big, old house in Highgate with Biba and her brother, with streams of interesting people, drugs and endless parties. But summer must come to an end, and one fateful evening all of their lives are changed forever...

The Poison Tree is a story told in two timelines: the main plot which set during the summer of 1997, a time that begin with hope in Britain with a new government, and ended with the nation mourning the "People's Princess," Diana. The second strand takes place ten years later, but the repercussions of the tragic night have not stopped. It is not much of a spoiler to say that Biba's brother - and Karen's partner - Rex has just been released from prison for a double murder - we are told this early on. The mystery is in what we are not told: why was her really there and what led him to that point? Why would Karen stay with a notorious killer? What is Karen's own guilty secret, and to what lengths will she go to keep it?

For most of the book I found Karen, the narrator, to be quite a dull character, with one unique trait - her language skills - and little personality. Her reaction to being dumped is emotionless - soulless? When she falls in with Biba and Rex, she seems easily moulded to become like them, to fit in and become part of their family until she's not sure who she was before, or who she would be without them. The sibling relationship between Rex and Biba is the most interesting dynamic in the story, the tale of a brother and sister who have nothing left but each other, and Rex in particular is driven by his obsession with protecting and holding onto his unpredictable, damaged sister.

I started off by disliking the main characters in the book when they showed no consideration for those around them, disturbing their neighbour, his children and pregnant wife by their late-night revelry. As a student in university accomodation I was made ill through lack of sleep because of people in the opposite flat, and my personal experiences made me hostile to these characters. But as the book progressed I found myself softening towards them, feeling sympathy towards the outwardly carefree and inwardly desperate Rex and Biba. Actual liking for the characters fluctuated; I was drawn to Biba by her charm but repelled by her selfishness, while Rex grew on me. Despite seeing the story through Karen's eyes, I could never quite like her; sensing a darkness beneath her seemingly ordinary character that didn't seem to be part of their shared history. 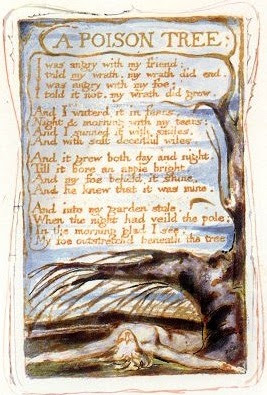 The Poison Tree is, like the poem it was named after, a dark, menacing read. It is almost gothic, with the crucial big, old house more of a character than a setting, with skewed residents who were too quirky, too passionate and intense. There is a thread of suspense throughout the story which kept me turning the pages and left more of a lasting impression than I first expecting, creepy and disturbing with its untold secrets and a shocking ending which left me to work out for myself why Erin Kelly had chosen this poem for its title. Kelly's next novel is set to be named after another William Blake poem, "The Sick Rose," which gives me reason to expect an equally dark read

The Poison Tree is one of the selected books for Richard and Judy's Summer Reads 2011.
Posted by Katie Edwards at 21:59