Why Stories Are Important 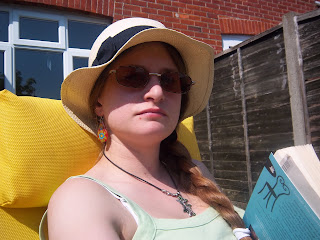 A few times over the last year I've found myself questioning whether, or why, my love of reading is worthwhile. Back at the end of last year, when the British government announced their plans to treble university tuition fees, a newspaper comment on the subject suggested that students wanting to study "worthwhile" subjects such as medicine and teaching, should pay substantially reduced fees, while those who chose to study the arts must pay the whole lot. The sentiments I got from this letter were that studying non-essential subjects were a selfish indulgence and ultimately useless.  Now, my degree is in Creative Writing with English Literature, and so far it hasn't got me very far. I could have been in my current job with a handful of GCSEs, and I've had to move back home - something that I am very ashamed of. While the student protests went on, and the government and general public all had their own opinions on the matter, I found myself in a dark place questioning my own worth. All I was good at was reading or writing stories, and a bit of singing. What was the point of me? I'd always valued reading highly, but why, exactly? What was the point of stories? 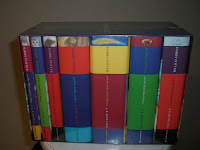 Books like Harry Potter and Twilight are often praised, not so much for their literary value but because they've got people reading who wouldn't otherwise have picked up a book. But why is this important? What is it that makes reading a virtue?
The first purpose of stories - and really, I'm including films, TV and the theatre as well as my medium of choice, books - is simply entertainment. A good story will take you away for a little while, and you spend time getting to know characters and care for them, wanting to know "what happened next?" Reading fires the imagination and opens the mind to infinite possibilities and may inspire great ideas of your own. Or it may simply distract you, if perhaps you're not in a great place at the moment. Simply put, a good story makes people happy - and surely that can't be a bad thing.

Secondly, stories enlighten, and teach empathy and compassion. I've found myself reading books from the point of view of a character who reminds me of someone I'd never liked, or sympathised with. Sarah Ockler's titular Delilah was externally a high school delinquent, a trouble-maker and probably someone I would have avoided if she was one of my classmates. But seeing her from the inside out and learning what made her tick, I came to understand her real-life counterparts and realised that maybe we weren't so different after all. Or a a book might show the life of someone from another culture, another country, place or time, a story you might not find in your back garden, but the human experience nonetheless.

Finally, stories make sense of the world, and show readers that they are not alone. I know when I find myself in a situation I don't know how to handle, I find myself thinking of my beloved characters, their good and bad decisions, and that in turn helps me to understand my own emotions and actions. Even bad role models have been known to help here. When I was dumped by the Ex-Vampire, Bella of New Moon was a wonderful model for How Not To Act. I refused to think my life was over just because of a bloke. Maybe I felt like it - but I was not going to let the next six months pass like blank pages. Doctor Who's Donna Noble was living at home and working dead-end jobs when she was considerably older than me, before she was whisked away by a madman in a box to see the universe and finally realise her potential. (For the purpose of this article, let's ignore how that adventure ended!)
And I'm fortunate in that these were the first examples I could think of from my own life. Last autumn's Speak Loudly campaign, and a backlash against a Wall Street Journal article today, have demonstrated that books can offer a way out of despair. Fictional characters can offer hope to readers in comparable situations, and show that they are not alone, not the only person who has been there, done this or felt like that, and that there is a way out.
Posted by Katie Edwards at 15:50