Wednesday was another long day at work, slow and quiet, with not a lot of jobs to keep me occupied. I came home tired and grumpy, to which my dad responded by handing me all sorts of cake and chocolate. I think he has the same way of comforting people that I do: someone's upset... give them cake! It certainly helped my mood, and I've felt that bit more able to cope with today, even though I woke in a panic at about 5AM convinced I'd slept through my alarm. (I really hadn't.) This happens on a regular basis when I'm stressed or working long hours. Thankfully I have tomorrow off, which I have booked for reading From a Buick 8 by Stephen King, and generally ignoring the world. (Also chores.)

What I've been reading

I finished The Charioteer last night. Have any of you read it? For the most part, I felt that it was a fairly positive read; Yes, Laurie had his inner battles with secrecy and identity and integrity, but I felt that he was a person who could fight these conflicts and win. Unfortunately, the same could not be said for all of his associates, and I'm not sure what to make of the ending. The last couple of chapters filled me with dread, and at one point I was actually shouting at the book. Thanks to Renault's poetic style that told the story through hints and insinuations, the ending seemed quite open, and I'm not sure whether catastrophe was averted or not. If you read it, what do you think? 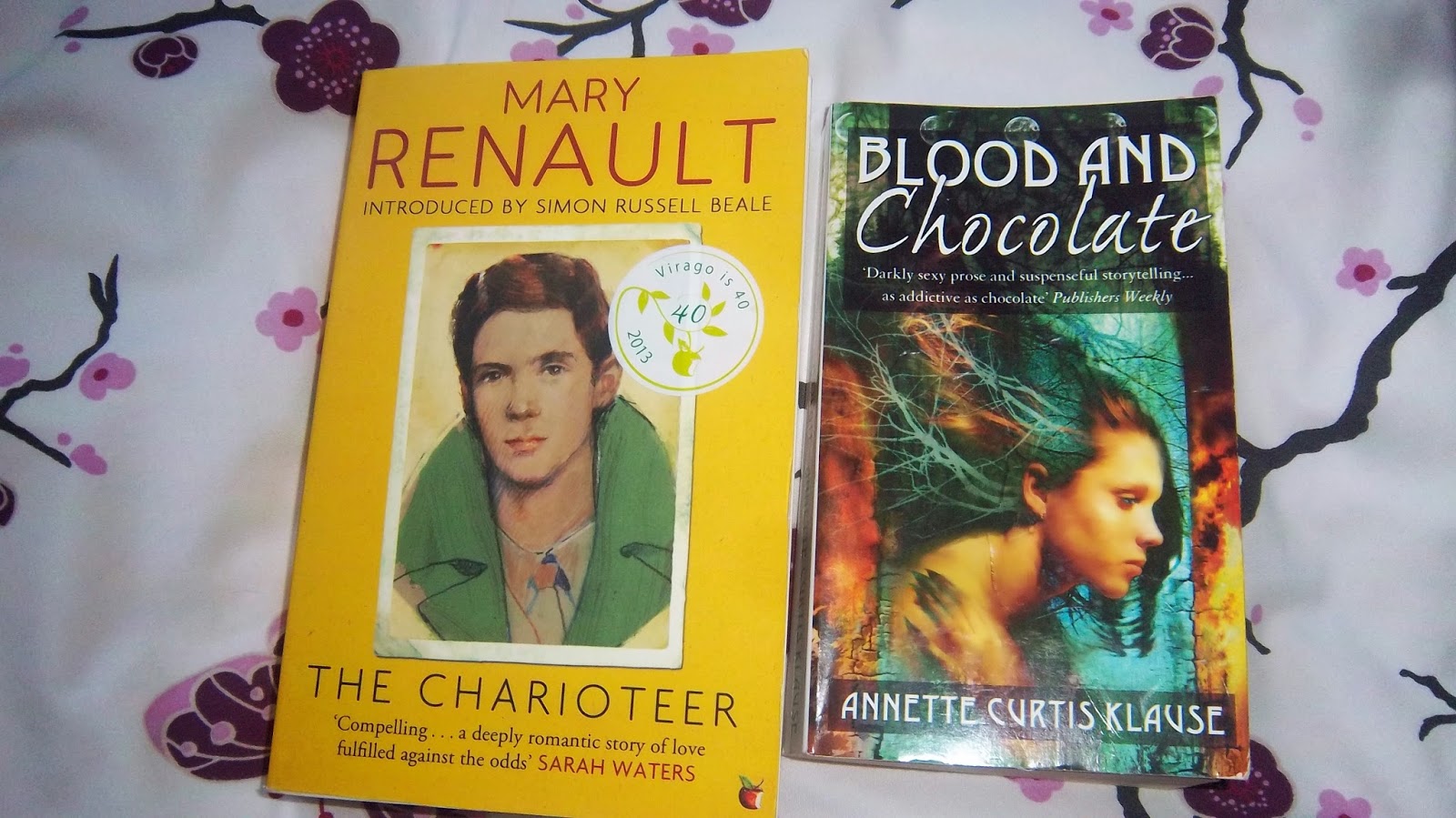 I also reread Blood and Chocolate for the first time since I was in my teens. I'd almost entirely forgotten the story, except for one scene which had stuck vividly in my head and turned out to be a combination of two different incidents and significantly tamer than I'd remembered. It's a pre-Twilight paranormal romance, told from the point of view of Vivian, the werewolf, who falls in love with a human.  Vivian is a refreshingly bold and forward YA heroine, who knows what she wants and goes after it. As part of the werewolf pack, she doesn't see her kind as cursed; instead it is the humans who are freaks, incomplete people, stuck in one shape.