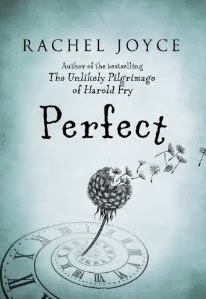 In 1972, two seconds were added to time. Could this be to blame for what happened next? Eleven-year-old Byron Hemming thinks so. Byron is a bright, imaginative child, and he worries about the effects that could come of humans meddling with something so constant as time. When his mother, running late on the school run, takes them on a detour, something terrible happens, and with his friend's help, Byron hatches Operation Perfect, a plan to put everything right. But can perfection be achieved - and if so, at what cost?

Viewed from the outside, Byron's family life might appear perfect. He lives in a big house, is sent to an exclusive public school, and his father has just bought his mother a swanky new Jaguar. But money cannot buy happiness. Rachel Joyce presents the Hemming family as viewed through the eyes of a child on the edge of adolescence, narrating what he sees and leaving the reader to understand what is shown and not told. Byron's father, Seymour, lives away from home during the week, working hard to earn piles of money, shower his wife Diana with gifts which he then uses as power over her. Diana acts the part of the dutiful wife, but this fancy lifestyle is not suited to her nature. We see Diana only from her son's perspective, but her character is brought to life as much by what is concealed as what is shown: the hints and secrets of the past of which she can never quite let go.

Perfect is a very British novel, examining attitudes towards class and social mobility, and making the reader think very carefully about their own preconceptions. We see this in the aftermath of the accident, when Diana befriends Beverley from the dreaded Digby Road, who seems to be exploiting Diana's feelings of guilt for her own gain. But I didn't feel quite comfortable to accept this interpretation of Beverley's behaviour, expecting the author to throw in a plot twist that declared: "Aha! You're just as prejudiced as Seymour and Diana and the other mothers!" On the other hand, is it completely patronising to refuse to accept that a lower-class person can be a scheming, conniving piece of work just as much as a wealthy person? Either way, the relationship between Beverley and Diana is completely toxic, and as the book progressed, I felt the absolute certainty that the plot was building up to something dreadful. Rachel Joyce teases us with the idea that a conflict was resolved, more or less, before opening up another can of worms.

Between the chapters about Byron's summer of 1972 are those of another story. Set in the present day, this other story follows a man called Jim, who has spent his entire adult life in hospital being treated for obsessive-compulsive disorder and possibly other mental disorders. Jim is now in his fifties, living in a van and working in a supermarket cafe cleaning tables. His days are dictated by rituals, and he still lives in the shadow of a terrible event of his youth, which could be connected to the something dreadful of Byron's summer. It seems clear where Jim's story fits beside Byron's, if not the details of how, but somewhere near the end started to question my assumption. The story as I understood it did not quite gel, and there came a powerful dawning realisation before the big revelation came. The novel is made all the more poignant by the joining of the two halves. I cried.

Deceptively simple in style, Rachel Joyce's prose is powerful and hard-hitting, yet it is not without hope or beauty. Perfect leaves the reader with a lot to think about and to feel, concerning family, class and mental illness, the power of friendship, the nature of time and the struggle for an impossible perfection.