January always feels like a long month financially, after the Christmas spending, presents and food. No matter how careful I think I'm being in December, somehow I always find my money stretches thinner after Christmas. Up to this point, my book-buying consisted of one children's book, second-hand, while I worked my way down the to-read pile and rereading old favourites. But Friday was payday. I fell in love with the new Lord of the Rings hardbacks as soon as I saw them, and figured that as my paperbacks have been read so many times that they're falling to pieces, replacing them with nice hardcovers would be a good investment. Payday fell on Friday this week, and I took myself down to Waterstone's. On taking the books to the till, I then discovered that Waterstone's were having a 20% off weekend - an added bonus! 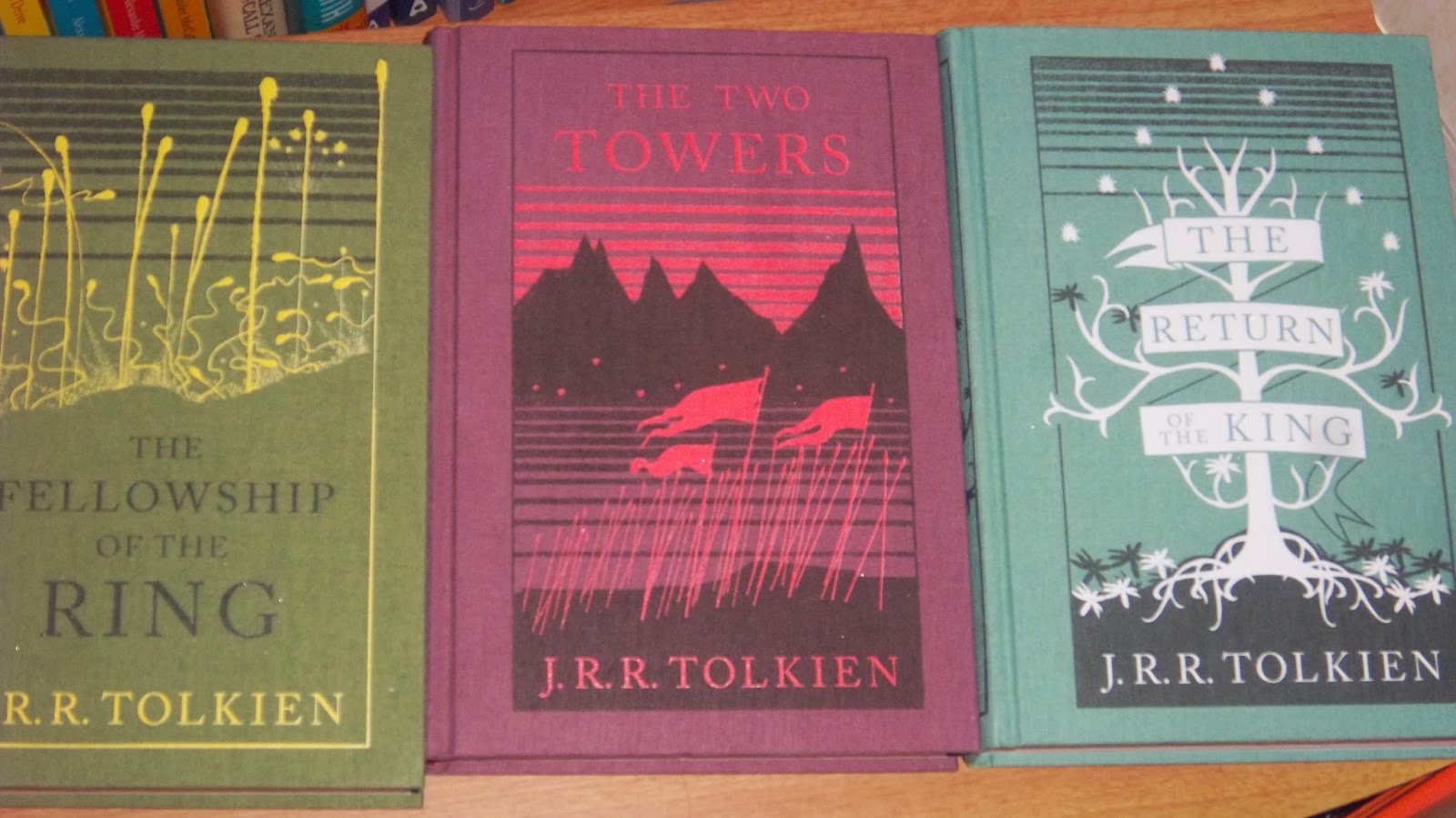 This was going to be the end of my book-buying for now, but somehow my feet led me to The Works, who were filling their shelves with new stock after a big clearance. Lo and behold, the first thing I saw was a book on my wishlist - and the second thing I saw was another book on my wishlist; one that several people have given rave reviews of recently. Both were on the 3 for £5 offer, and it did not take me long to find a third title that caught my fancy, saving at least £15 on the full retail price. Evidently this weekend is the time for a good bookish bargain. 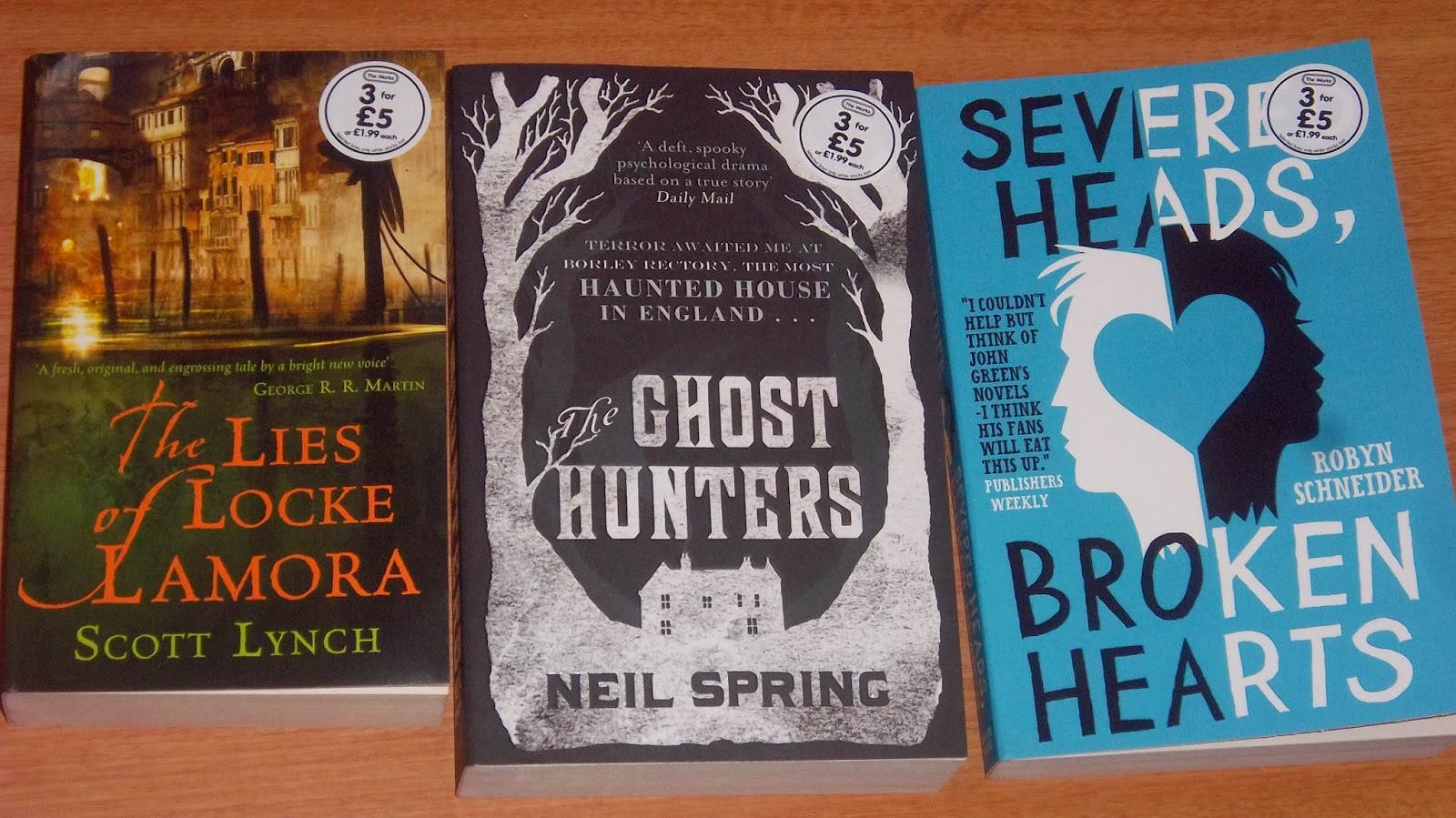 What I've been Reading:

One of the heroes of 2013 was Canadian astronaut Commander Chris Hadfield, who spent a large chunk of last year aboard the International Space Station. His autobiography, An Astronaut's Guide to Life on Earth is an inspiring read and a fascinating insight into what it takes to be an astronaut: a lot more than merely having good brains and an interest in space. Hadfield is revealed to be ridiculously determined, having started planning for a ridiculously unlikely career from a very young age, but also wise and well-balanced, working hard to become an astronaut and go into space, but not making that his only purpose. It's astonishing how much you need to know, because when it's just you and a couple of other people in a spaceship, no one else can step in, your survival depends on your attention to detail, quick thinking and a wide range of skills. (An Astronaut's Guide to Life on Earth also brought home how completely improbable the storyline about Howard Wolowitz going into space was in The Big Bang Theory. It doesn't work like that, chaps.) But Hadfield's book is not just about space travel: as is suggested by the title, it is full of wisdom that can be applied to everyday life even for those of us who are destined to keep our feet on the ground.

Pretty Girl Thirteen is the story of Angie, a teenage girl who returns home after being missing for three years, with no memory of anything that has happened. This is part page-turning thriller, and part an exploration of someone trying to go back to living a normal life in the aftermath of a catastrophe. What marks Pretty Girl Thirteen as different is that Angie's lost memories are due to Dissociative Identity Disorder, which I'd never come across in fiction before. As it's a condition I'm unfamiliar with, I'm not sure how accurately it is portrayed in the novel, but it was an enlightening read, if sometimes striking me as feeling a bit supernatural. The brain is a very complicated thing. Although Pretty Girl Thirteen contains traumatic subject matter, it wasn't a particularly distressing read, due to Angie not having any memories of her missing three years. I read through this book in a single sitting on my day off.
Posted by Katie Edwards at 19:40