Rachel Hore, A Place of Secrets

The second in the Richard and Judy Book Club, exclusive to WHSmith (although Waterstones have a suspicious display of New Fiction with the exact same eight titles in one place… cheeky!) But I digress.

A Place of Secrets is a quieter work than the last R&J choice, and one which is difficult to pigeonhole into a single genre: is it primarily literary, mainstream, romance, historical genealogical mystery, realistic or ever so slightly paranormal hinting at something beneath the subject?  Its cover is very similar indeed to a previous R&J novel, Kate Morton’s The House at Riverton, and like the latter, the story is centred around the mystery of something that happened in the past in and around an old, big house.
The viewpoint character is Jude, a widow in her thirties, whose job is valuing and selling antique books. Her job takes her to Starbrough Hall in Norfolk, which happens to be within a few miles from her childhood home. Among the books she finds a manuscript which contains the life story of Esther, adopted daughter of the astronomer to whom the book collection originally belonged, back in the eighteenth century. Fascinated, Jude investigates deeper and finds all sorts of links with her own family’s history.
A Place of Secrets reveals Hore to be a skilled writer, conjuring a vivid picture of Starbrough Hall and the old folly which is central to all of the stories within the novel. She gives an eerie atmosphere to the woodland around it, drawing on images from fairytales, such as Rapunzel and The Babes in the Wood to add to the rather creepy, unearthly feel.

The characters are for the most part sympathetic, with the exception of Caspar, Jude’s boyfriend at the start, who is rather self-obsessed. Jude’s sister Claire is touchy and the sisters’ relationship is difficult, yet despite Claire’s poorly-concealed resentment, there is real love between them. The direction that Jude’s friendship with Euan is frustrating in its obviousness – I found myself shouting at Jude for being unsure of his attraction to her, but that’s more likely me being aware of How Things Work in books, whereas she was unaware of her status as a character in a novel.
A prominent theme is memory, whether it be personal memory, inherited memory in the form of the dreams that Jude and her little niece Summer share, and even, apparently forward memory or premonition. Summer’s recurring nightmares of being lost in the woods come to an end when she sleepwalks and finds herself in that same position. The dream also echoes Esther’s experience at the end of her story, passed on through dreams through family. I think Hore takes the power of dreams too far by using one of the writers’ taboos: revealing the otherwise undisclosed mysteries through dreams. Her eagerness to make sure every loose end is tied up leads to her clumsiest storytelling, although, to be fair, the slightly supernatural dreams and weird tone mean that this device is not completely out of place. 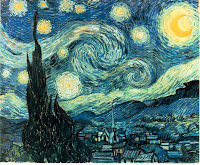 Stars are another motif recurring throughout the novel, and Hore clearly enjoyed her research of eighteenth century astronomy, incorporating it to make an intelligent but easy read. Though a rather sedate read for the most part, she expertly plants questions and hints to keep you reading on, and manages to juggle three or four storylines without causing you to lose interest in any part, until the climax when the subplots are neatly brought together. A minor quibble is that the stories are too tidily drawn together – everything is related and there are too many coincidences, long-lost relatives and so on. Although Hore’s world is vividly brought to life, it’s too self-contained: I found it difficult to imagine anything or anyone there that didn’t further the plot. If someone was walking the dog in the woods, for example, he’d probably turn out to be a long-lost relative who happened to have a family heirloom in his pocket.
Posted by Katie Edwards at 13:05