Hello and good evening. I hope you've had a good week. On the blog, this week's been all about commemorating the life and works of Sir Terry Pratchett, who unfortunately passed away the other day. It's been a change for me to focus solely on one author, rather than my usual hopping between genres. From the Discworld series alone, I read an old favourite, a new favourite and one book which will never be on my favourites list - but that's okay, because there are so many excellent Discworld books out there, they can't all be the best. If you're interested in discovering the works of Terry Pratchett for the first time, but don't know where to start, Bex and Kirsti have both got good guides to the series.

Last night I rewatched the adaptation of Going Postal which Sky One produced a few years ago, following on from Hogfather (which is near-perfection) and The Colour of Magic (which I don't think I actually watched all the way through.) Going Postal is the story of a con man who is saved from the gallows under one condition: that he take an honest job getting the Ankh-Morpork Post Office up and running again. Going Postal is one of my favourite books in the series, and the Sky One production has an inspired cast, with Richard Coyle (the funny one from Coupling) as the lead, the unfortunately-named Moist Von Lipwig, Claire Foy as the equally unfortunately-named Adora Belle Dearheart, and Charles Dance as the icy, sinister Lord Vetinari. That last piece of casting in particular was sheer brilliance. However, I found that the adaptation was not as good as the cast and source material. For one thing, there was too much angst and melodrama, and not enough humour. Moist is haunted by black-and-white visions of the far-reaching consequences of his "victimless" crimes - which, yes, he needed to confront, but there was no subtlety to it. And is it the case that if TV shows a character who smokes, they have to make a Very Big Thing about it, and beat you over the head with its moral that Smoking Is Bad? Adora's smoking is presented not as a minor character trait but as a Tragic Flaw that Must Be Overcome. Is this the 21st century equivalent of the Hays code?

Going Postal is visually spectacular, and you instantly forget that this is set in a fantasy world, because it presents to you an established Ankgh-Morpork with little fanfair, and it recreates the later books' feeling of being more like Dickens' London which just so happens to contain dwarfs, werewolves, golems and banshees among its population. It just didn't quite seem offbeat enough for me. Entertaining, but the book was better. 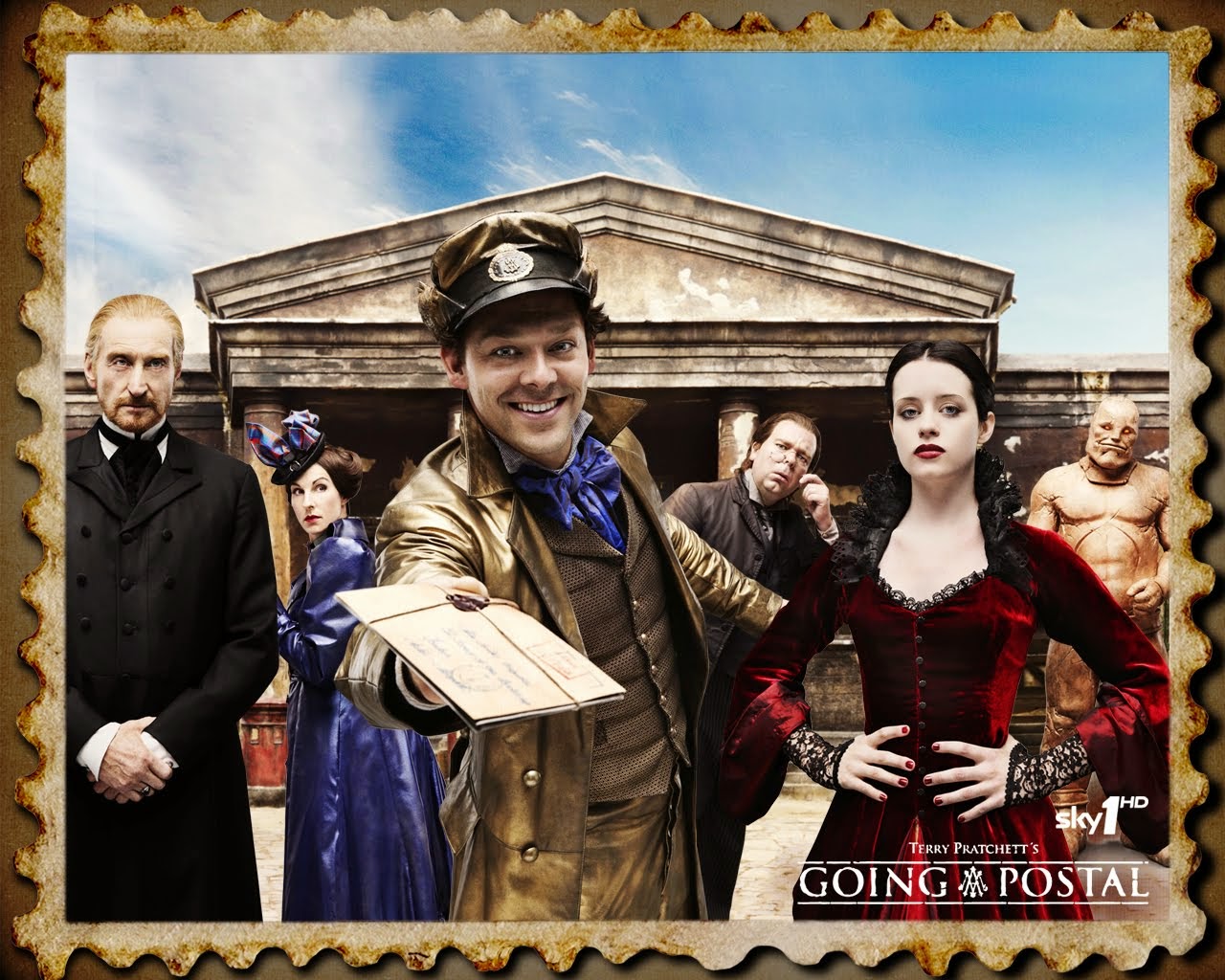 Away from the drama in my books, tv and CD player, I had an unfortunate misadventure at work on Thursday when I got myself trapped in the lift between two floors. It was entirely my own fault, and I take full responsibility: I was taking the hoover upstairs to put away, and was a bit careless in winding up the cable. The plug got stuck in the doors, but for some reason that didn't stop the lift from moving as far as it could before shuddering to a halt. And it would not go back down again. I had to ring the bell and call for help, and it was the end of the day, we had just a couple of members of staff in and they were at the other end of the shop and didn't hear me. Eventually a customer heard me calling and fetched help. I could force the inside doors open, but the outside doors would not budge. Eventually my colleague Simon was able to reset the lift and bring it back down to the ground floor, and all in all I was only in there for maybe twenty minutes. But it is not an experience I can recommend.

Friday was my day off, and I sat outside to watch the much-hyped eclipse of the sun. It was a very British eclipse; the sky was completely clouded over, and the only difference I noticed was that the clouds turned a slightly darker shade of light grey, and it got very cold. Also the seagulls sounded very distressed when the eclipse began. 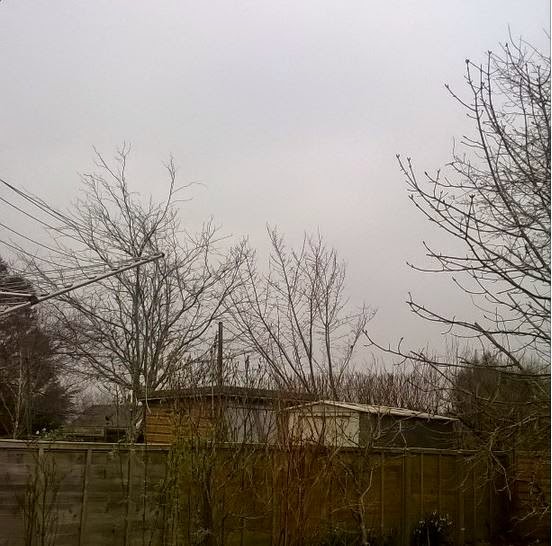 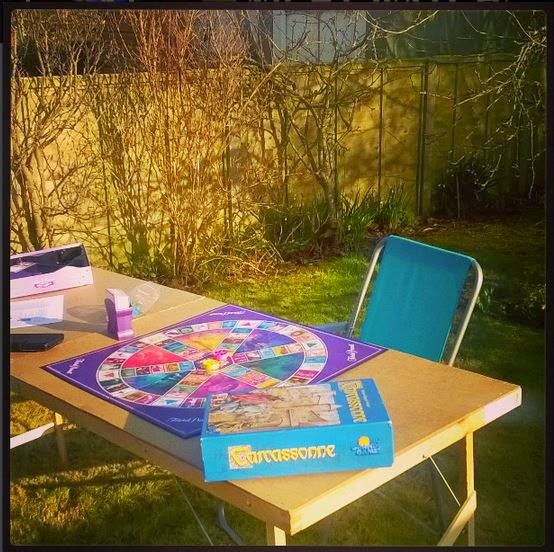 In the afternoon, of course, the sun came out and was beautiful. Judi came over after work - she works just down the road from my house, and finished at lunch time - and we set out a table in the back garden where we played Carcassonne and Trivial Pursuit (regular and Disney versions) before going indoors to watch The Empire Strikes Back.

What have you been up to this week? Did you get a better view of the eclipse? (i.e. any view at all!)
Posted by Katie Edwards at 18:35