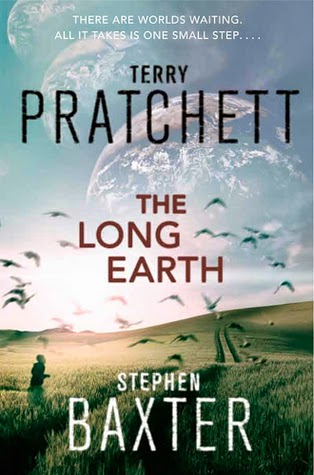 Imagine you wake up to a world where everything has changed. It's like the birth of the internet all over again, only overnight. Suddenly, everyone is talking about this thing called a 'stepper'. If you assemble this fairly simple circuit from easily obtained ingredients, including the humble potato, you'll be able to move 'stepwise' into a series of alternate worlds, empty of humanity and full of possibilities, and with no more cost than a bit of nausea. Welcome to 'Step Day.'

This was the premise of a short story the wonderful Terry Pratchett wrote, called "The High Meggas"(mega as in thousands of worlds away). It was a very good short story, and full of potential. I like to think Stephen Baxter read this story and was on the phone to Mr Pratchett later that day. "This story you have: I think we could do something great." I like to think Terry Pratchett was flattered but initially reluctant, since he had so many projects on the go. Eventually, he was won round and this series was born. 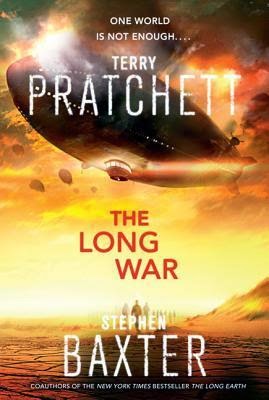 Made up of The Long Earth, The Long War, and The Long Mars, with The Long Utopia still to come, these books span the next fifty years or so of exploration as humanity makes the most of this extra real estate by moving into it and making it pretty much the same as the 'datum Earth'. Well, okay, that's a lie. Nothing iron can travel, so the new settlements have to make much from scratch. People who know how to make things are suddenly much in demand. Security takes on a whole new dimension as anything valuable has to be buried in cellars, to prevent people merely stepping into the middle of a bank vault. Sprawling Western cities are reproduced in miniature in these other worlds, with extra rooms or allotment gardens expanding the effective size of properties.

There are pioneers, who go deep into the Long Earth in the search of particularly clement conditions. There are natural steppers, who don't need the potato, and one of them (the daughter of the man who leaked the plans for the stepper onto the internet) finds 'soft places' in the Long Earth, where she can take massive shortcuts to travel further, even beyond a town called Haven, thousands of worlds stepwise, where natural steppers sometimes accidentally end up. There are phobics, who can't use the steppers for whatever reason and so are left on Earth amid a mass exodus. There's an AI called Lobsang who claims to be a Buddhist motorcycle repairman reincarnated as a vending machine. There's Joshua Valienté, his friend and a natural stepper. Together they travel beyond what any human alone could do, and see all the different routes evolution could have taken if our Earth were only slightly different. More dramatic is the sheer number of worlds where multicellular life never got started at all, a reminder of how unlikely we really are. 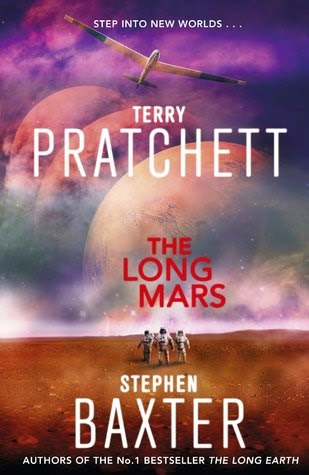 This is a fantastic series, very readable sci-fi with sympathetic characters and a gripping narrative. Spoiler alert! The second book focuses on stepping aliens, who were born on an Earth distant from our own and the source of many fairy tales. As the name suggests, there's a build up to a war that never really happens. There's also an alien encounter with what's basically an intelligent giant amoeba, which absorbs life wherever it finds it without destroying it. The third book catalogues an expedition to find life on stepwise Mars. Throughout the series there's an increasing sense of impending peril as the aliens seem to be migrating en masse. Something is coming. I can't wait to see what adventures The Long Utopia will have.

Thanks to Judi Fruen for this post. I haven't read The Long Earth series yet, but after reading this review it's shot right to the top of my wishlist. - Katie