Hello to you all on this Sunday evening (or whatever time and day it is when you're actually reading this.) It's Mother's day in the UK (though I believe some countries celebrate it later on in the year) so here's a special hello to all the mothers reading this blog, and I'd also like to spare a thought for all those who wish they were mothers, but are not, and those who no longer have their mothers with them. Here's (a picture of) some flowers for you all. 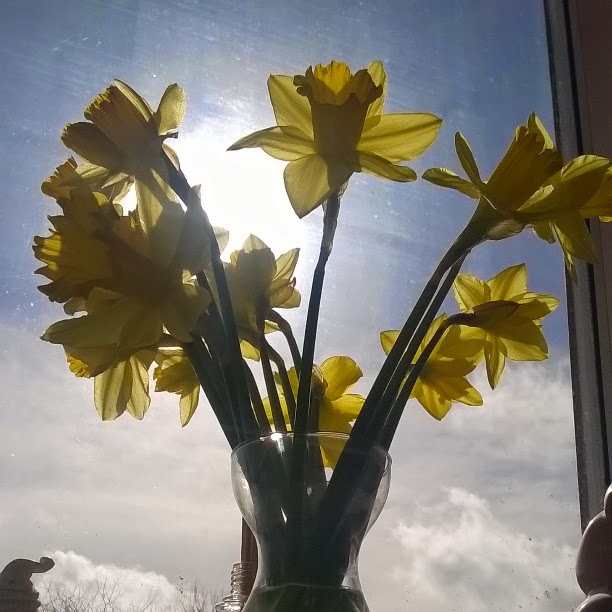 I'd only been back on the Isle of Wight for a week, but this week I felt the need to get back onto the mainland. Going back to work hit me hard - not for any discernable reason, but I've been feeling a bit of anxiety and claustrophobia. So on Monday I decided to take a day trip over to Southampton, where I met up with my friend Ruth for masses of ice cream at Sprinkles Gelato, a bit of shopping, and we ended up going to Wagamama's for dinner. It was lovely to catch up with Ruth, who is in her last year at Southampton university, and we wandered around the shops, especially Forbidden Planet and Waterstone's, where we both invested in a few of the 80th anniversary Penguin mini-books (which, at 80p, and only a few pages, do not count towards my "read three, buy two" rule for this year.) I also picked up the Secret Garden colouring postcard book that has made colouring acceptable for grown ups. I'd been planning to get a colouring book anyway - it can be very calming and therapeutic - and about the same time, Jess and Ray seem to have set a trend and made colouring cool again. (I've also ordered an Anne of Green Gables colouring book through Hive. It's Anne, it exists, therefore I must have it! 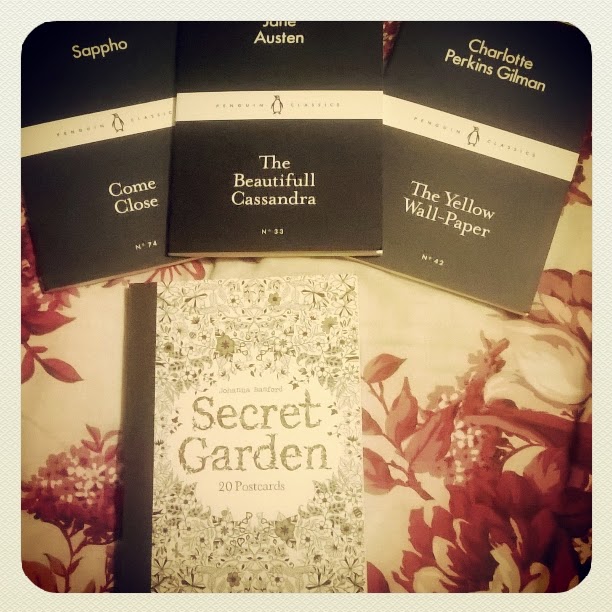 A mere fortnight after the death of Leonard Nimoy, the sci-fi and fantasy world was hit with another sad loss when Sir Terry Pratchett passed away last week. Pratchett is one of the UK's best-loved authors, and one whose books I've been reading since I was about thirteen years old. I've read nearly all of his Discworld series, and one of this year's goals was to fill in the last few gaps of his backlist. I don't feel in quite so much of a hurry now I know there won't be any more. Sir Terry had been furiously battling Alzheimer's disease for the last few years, but over the past several months it became clear that the disease was winning - a dreadful thing to happen to such a brilliant mind. When mum told me the news I was first angry, then so shaken by this second sadness that I think my brain just shut down for a while. And yet, at the same time, I don't think it's really hit me yet.

Bex has decided to hold a Terry Pratchett reading week on her blog, and I'll be doing likewise, with reviews of his books and adaptations, a "favourite moments" post (which, I'll give you due warning, could be long) and maybe even a guest post or two.

So farewell, Sir Pterry, and thanks for the laughs, the rage, the wisdom and the punes, or plays on words. Long may your legacy continue.
Posted by Katie Edwards at 20:50