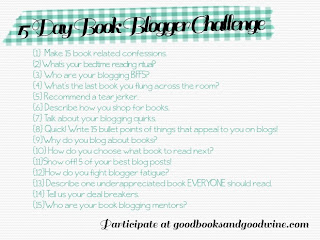 This one is what it says on the tin. My definitive top fifty moments from the entire series, both books and movies - but if I've forgotten one of your favourite scenes, lines or characters, let me know!

2. When Children's Books Were Two-And-Sixpence

An old post from the days before I actually had more than a couple of followers, before I'd found a book blogging community. In which I rant about kids' classic books being updated for a modern audience.

From 2010, I wrote this post shortly after I'd rediscovered that teen fiction was not all shallow fluff. Also contains pictures of me as a scrawny teenager for you to laugh at.

4. Theatre: Much Ado About Nothing

A review of William Shakespeare's comedy, as performed in London by a certain Mr D. Tennant and Ms C. Tate. Be warned: contains fangirling.

A review in my very occasional "Graphic Novel Novice" series, this review compares book and film, setting the book against the context in which it was written, and how the different versions of the story complement each other.
Posted by Katie Edwards at 08:00